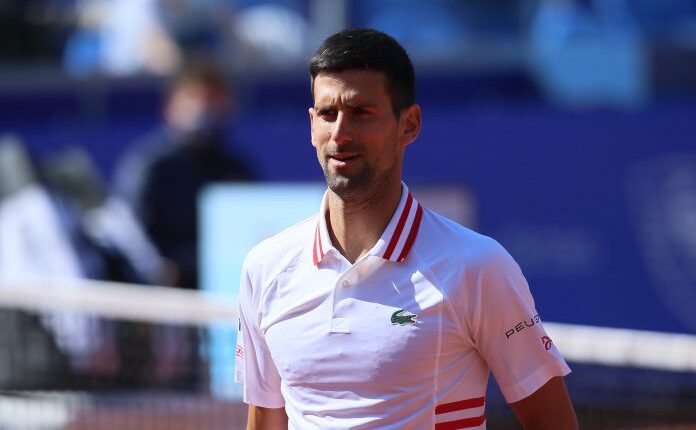 Shock for Novak in his hometown: Karacev knocked down Djokovic after the drama (VIDEO)

The best tennis player in the world, Novak Djokovic, failed to place in the finals of the ATP tournament in Belgrade.

The match lasted three hours and 27 minutes. This was the second duel between the Serbian and Russian tennis players, and the first triumph of Karacev.

The Russian will play the winner of the Tarot Daniel – Mateo Beretini match on Sunday.

The finals of the Serbia Open are scheduled for Sunday.

THE COURSE OF THE MATCH

“NOVAK DJOKOVIC, that is special!” pic.twitter.com/yqaxPUdCN9

6: 4 – Novak makes a break and reaches 1: 1 in sets
5: 4 – Djokovic leads again. The Serbian tennis player won the game without losing a point
4: 4 – Novak with a lot of luck reaches the equalizer

Halfway to a major upset in Belgrade 😲@AsKaratsev takes the first set 7-5 over Djokovic. #SerbiaOpen2021 pic.twitter.com/meesPNLanM

5: 7 – Russian tennis player reaches the first set after a great fight
5: 6 – What a drama in Serbia! Karacev makes a break again
5: 5 – Djokovic’s breakbreak. The first set continues
4: 5 – New break! The Russian arrives at the game from the first set
4: 4 – Karacev came to his game
4: 3 – Djokovic interrupts the series of the Russian tennis player
3: 3 – Rus continues with a good game, equalization
3: 2 – Karacev punished Novak’s mistakes and reached the break

3: 1 – Karacev finally reaches the first game of the match
3: 0 – Another game for the Serbian tennis player
2: 0 – Novak makes a break at the start of the first set
1: 0 – Djokovic is confident in his serve

Djokovic meets Karatsev for a place in the @SerbiaOpen2021 final! 🇷🇸

Karacev is currently the 28th tennis player in the world, and he simply exploded this year. The Serb and the Russian played only one duel in their careers, this year at the Australian Open, when Djokovic celebrated with 6: 3, 6: 4, 6: 2.

Djokovic is the favorite at the Serbia Open, as he will chase the third title in his hometown. The winner of this duel will play in the final with the better player from the match, Taro Daniel and Mateo Beretini.

The finals are scheduled for Sunday.

E-kyc might be subsequent milestone for Bahrain: Odilon Almeida | THE DAILY TRIBUNE