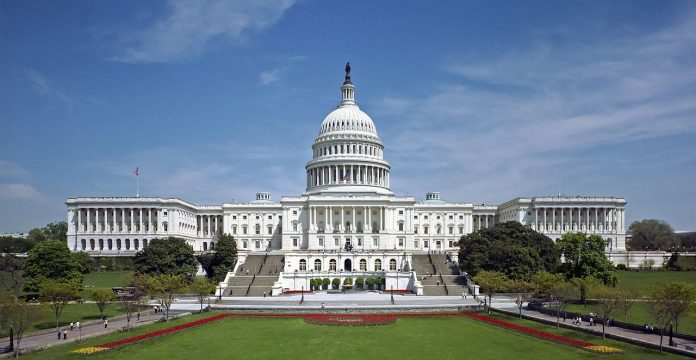 The Capitol, the seat of the US Congress

This month, Serbia received similar criticism from the United States as Bulgaria before the elections in which Prime Minister Boyko Borisov fell from power, writes the Brussels portal Euractive.

Those messages to Sofia and Belgrade, which concern corruption, are equally direct, and the only difference is that they have already produced a great effect in Bulgaria, considering that there has been a change of government, according to Bulgarian journalist Antoaneta Nikolova.

She reminds that several members of the US Congress published a letter this month in which they criticize the growing corruption and the decline of media freedom in Serbia and call on President Joseph Biden not to hesitate to impose sanctions in the form of freezing property of certain individuals in Serbia.

Based on an order signed by Biden, the US Treasury Department’s Office of Foreign Assets Control (OFAC) sanctioned three Bulgarian citizens for corruption and their network of 64 entities.

This seems like “already seen”, the text reads, since on the eve of the parliamentary elections in Bulgaria on April 4, two US senators wrote that Bulgaria recorded the lowest result in the European Union and on the Corruption Perceptions Index of Transparency International for 2019 and Reporters Without Borders’ World Press Freedom Index.

Borisov lost power in those elections.

“If the letter on the relations between the USA and Bulgaria was signed by two senators, the one concerning Serbia was signed by seven senators. In addition, their style is very similar “, reads the text on the Euractiv portal.

On the same day that the senators published a letter about Serbia, on November 5, the American media revealed that Serbia was not among those invited to the Biden Democracy Summit, Nikolova reminds and adds that Serbia is “in the company of the excluded”, along with Turkey, Belarus, Russia and only one EU member, Hungary.

He adds that those countries, “according to the administration in Washington, do not meet American standards of democracy,” as did Bulgaria, until the elections brought about change.

We do not have time, we want as a lot vaccination as attainable! The crown will final for the subsequent 12 months as effectively