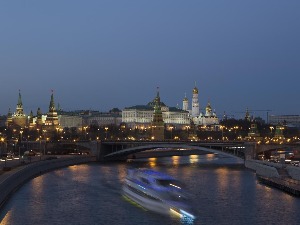 “We were surprised when we read Borel’s assessments of the results of the visit, which are in stark contrast to his statements given at a press conference in Moscow,” the Russian Foreign Ministry said in a statement transmitted by Sputnik.

It is added that Borelj “had all the possibilities to immediately give his own assessment” to Moscow at the final press conference with the Russian Minister of Foreign Affairs, Sergey Lavrov, which, as it was pointed out, was done.

“No one limited it, neither in time nor in format. It is possible that after arriving in Brussels, the head of European diplomacy was explained what he should have emphasized, but then that only confirms how and who actually forms the policy of the European Union,” the ministry said foreign affairs of Russia.

The head of European diplomacy, Josep Borelj, visited Moscow from February 4 to 6, and on that occasion he met with the Minister of Foreign Affairs, Lavrov.

This was the first visit of the head of European diplomacy to the Russian capital since 2017.

After returning to Brussels, Borelj wrote on his blog that Russia is moving further and further away from the European Union, as well as that “Russia does not want to use the opportunity for a more constructive dialogue”.

Borelj previously said in Moscow that there are areas in which Russia and the European Union can and should cooperate, because in that case they will achieve good results, and that Brussels, according to him, is committed to dialogue with Moscow, despite the difficulties in relations.