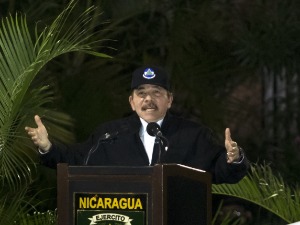 The Supreme Electoral Council of Nicaragua announced that with approximately half of the counted ballots, the preliminary result is such that Daniel Ortega received about 75% of the votes in the presidential elections, Reuters reports.

After yesterday’s vote, Ortega protested against the alleged interference of Washington in the elections, in which the citizens had the task of electing a president for the next five years, as well as 90 out of 92 members of Congress and representatives of Nicaragua in the Central American Assembly.

He reiterated the claim that the American government supported the huge protests in Nicaragua in April 2018, which he called an attempted coup.

In a statement issued near the end of the vote, US President Joe Biden called Nicaragua’s election process rigged, stating that the United States will use all available means to call the Nicaraguan government to account.

“The Ortega and Murillo families now rule Nicaragua as autocrats, and they are no different from the Somos family that Ortega and the Sandinistas fought against four decades ago,” Biden said.

He criticized the vote as “a pantomime election that was neither free nor fair, and certainly not democratic.”

The ruling Sandinista Front and its allies control Congress and all government institutions.

Ortega was first president from 1985 to 1990, only to return to power in 2007. He recently declared his wife, Vice President Rosario Murillo, the “co-president” of the state.

Yesterday, the opposition called on the citizens of Nicaragua to stay at home in protest of the election process, which was sharply criticized by foreign forces as uncredible.

In June, police arrested seven potential presidential opponents of Ortega on charges of treason, and they remained in custody on election day.

About 20 other opposition leaders were also arrested ahead of the election.

The opposition Civic Alliance coalition reported “harassment, surveillance, intimidation, attacks and illegal detention” of some of its leaders across Nicaragua.

BIG DREAMS OF LITTLE MATTHEW FROM NORTHERN MITROVICA: My greatest want is to play for the Purple Star, as my idol Milan Borjan