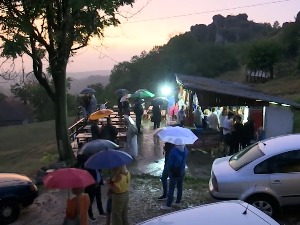 Realized for a year and a half, filmed in 48 locations, the film Between Movement and Sport, produced by RTS, is the testimony of those who climbed the mountain trails to heaven itself. In many of those places, the passionate mountaineer himself was also the author of the film.

Top athletes who have climbed the highest point in the world, Mount Everest, and other peaks over 8,000 meters are speaking, as well as people who promote mountaineering as a sport. The Mountaineering Association of Serbia, as a branch sports association, has around 20,000 members in 188 clubs,” said Dragoslav Gogić, winner of the award.

“Piroda strikes back.” You cannot attack nature without it returning to you. And these floods, these heats, all this, it is a return to man. Do you want to destroy nature? Here’s a slap in the face”, believes Ratko Orozović.

This year, more than 70 documentaries entered the competition.

“We have three categories – a tourist film category, an environmental film category and a rural life culture category. With the fact that we award prizes for both television productions and film productions. On the other hand, the festival is also characterized by the fact that it takes place in nature itself”, says Slaviša Krstić.

And nature decided to play with the rain for the evening of the festival. But, as lovers of this place, which lies on forty springs, told us, only so that Vrmdza could shine more beautifully after the rain.