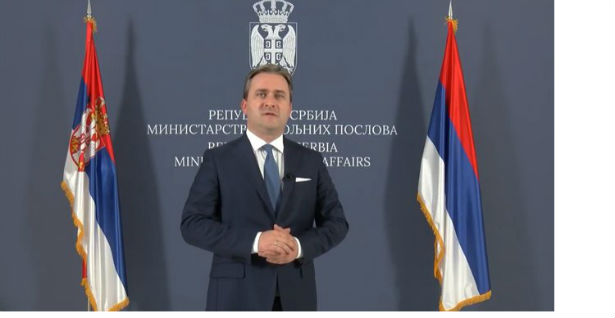 Reforms and regional cooperation for a greater future

Selakovic: Reforms and regional cooperation for a better future

The Minister of Foreign Affairs of Serbia, Nikola Selaković, says that Serbia is committed to EU integration, and that it shows that commitment primarily through internal reforms and regional cooperation.

At the Conference “Talks on the Future of Europe – Perspectives and Role of the Western Balkans”, organized by the College of Europe in Bruges, Selakovic emphasized the importance of the comprehensive debate on the future of Europe and called for strengthening tangible ties between people and EU institutions.

“Serbia’s commitment to EU integration is visible through the reform process, where our focus is on the rule of law.” We are proud that we have done an excellent job in the last year, which was recognized in the report of the European Commission “, said Selaković.

The head of Serbian diplomacy says that for Serbia, the engagement in EU regional initiatives is of special importance, as well as the cooperation between the neighbors in the Western Balkans.

“Serbia has eight neighbors, and regional policy and cooperation are the highest priority of our foreign policy. We need to find a way to deepen that cooperation. It is not just about participating in existing initiatives, but also about promoting new initiatives, such as the Open Balkans, to which the Government of Serbia and President Aleksandar Vucic are very committed, “Selakovic said.

Selaković states that regional initiatives are important both from the point of view of economic cooperation and from the perspective of demography, as one of, according to him, the most important issues for the European continent.

“If our role and position are not well recognized, then these percentages will be even lower, and then all our bilateral differences will be meaningless.” Therefore, let’s cooperate where we have no problems and that our first priority should be economic cooperation “, Selaković emphasized.

During his address to other foreign ministers from the region who participated in the Conference in Bruges, Selakovic concluded that mutual dialogue is the best way to improve regional cooperation, but also the contribution of the Western Balkans to the future of Europe.