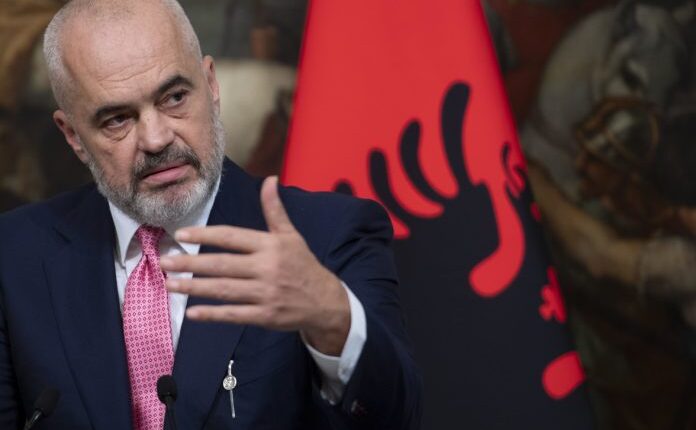 Rama: Kurti can resolve for Kosovo, however not for Albania

Rama stated that this initiative is strategically important and that he cannot accept that Kosovo is against that idea, because Serbia is in favor.

– We have a conceptual disagreement regarding the approach to regional policy. For me, the “Open Balkans” is the strategic interest of the Albanian nation. It is the implementation of the four freedoms of the EU. The “Open Balkans” was agreed thanks to good diplomatic relations with Belgrade. We agreed on the free flow of people and goods. The Berlin process is exactly that, but it is much slower and depends on the European bureaucracy – Rama pointed out.

According to him, the fact that Kosovo is against this initiative has no impact on Albania’s foreign policy.

– Albania is sovereign in its foreign policy. I think we won the diplomatic war with the strategic approach we have. Kurti doesn’t think so. He can decide for Kosovo, but he cannot decide for Albania. I think that Kosovo has entered a very dangerous cycle from a few years ago, turning domestic policy into foreign, and foreign policy into domestic. And that did not prevent Serbia from continuing its development, nor from advancing in its goal, and Kosovo is making its international partners more and more nervous – Rama believes.

The Albanian Prime Minister says that for years, politicians in Kosovo have been “waging an imaginary war” with their rhetoric, and that only through diplomacy can there be progress in relations with Serbia.

– Dialogue with Serbia is extremely difficult. But the atmosphere that should surround it cannot be the atmosphere of the barricades that are still being set up in Kosovo. I think that Serbia should apologize to Kosovo and we can apologize to it, but we must do it strategically and diplomatically, and that can only be achieved through politics – Rama concluded.