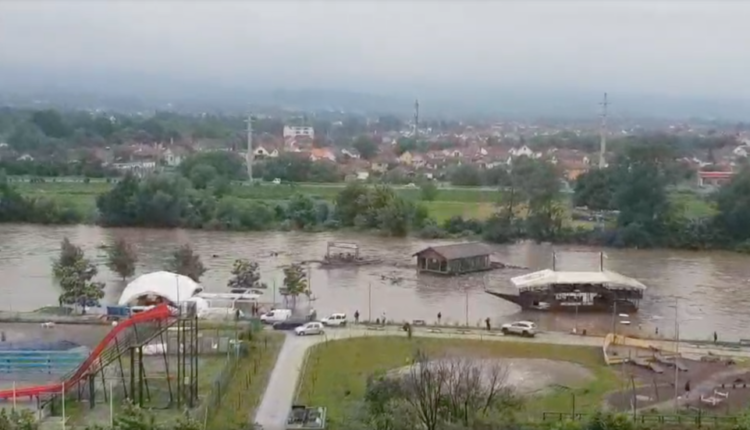 Around 71 people were evacuated and at least one person was rescued in critical condition after widespread flooding wreaked havoc across Serbia. The Ibar River blew up its banks and destroyed several battered floating restaurants.

Eyewitness recordings showed the exact moment the two guests turned to rubble when the raging currents of the Ibar River hit them against a bridge in the center of the town of Kraljevo.

A state of emergency was declared in eight municipalities. Several regional roads were cut off from flooding, and around 700 houses were submerged.

Elsewhere, bridges and roads collapsed when the bad weather disrupted the infrastructure. Despite the widespread damage, no deaths have been reported to date.