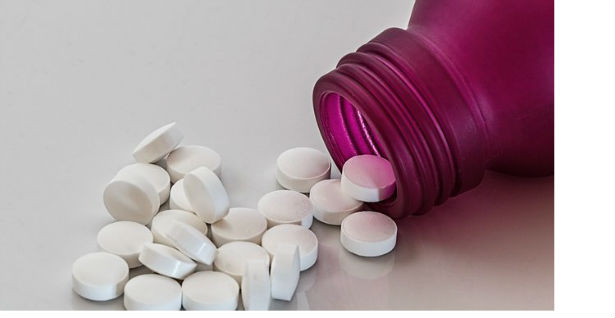 Press On-line :: Society :: VETERINARIAN SHOCKED WHAT THE PEOPLE ARE LOOKING FOR! The career strongly condemned the physician who prescribed the drugs for cattle in opposition to the crown: IT IS NOT NORMAL!

VETERINARIAN SHOCKED WHAT THE PEOPLE ARE LOOKING FOR! The profession strongly condemned the doctor who prescribed the medicine for cattle against the crown: IT IS NOT NORMAL!

The news that a doctor in Belgrade prescribed an animal medicine, ivermectin, to a patient being treated for the coronavirus, triggered an avalanche of comments and violent reactions from both doctors and doctors.

Doctor Aleksandar Stojanović, director of the Health Center “Palilula” and veterinarian Srećko Radojičić agreed that the only way out of the pandemic is vaccinations.

Dr. Stojanović had harsh words of condemnation for the doctor who prescribed ivermectin to the patient.

– It’s a doctor who’s not normal! Those networks are all evil, not only for Serbia but for the whole world. Kovid dispensaries are the first line, and now that you have those networks and you have a doctor who prescribes a medicine for animals in the fight against the crown. And you have a doctor who says on television that he takes Pavlović’s ointment and you have someone else who treats himself in his own way and then people start believing. And my word as director and doctor is that whoever thinks they will pass this crown without the vaccine is mistaken. The only cure is vaccination, we are still in a vicious circle – says Dr. Aleksandar Stojanović, director of the Health Center “Palilula”.

Dr. Radojicic emphasized that no drug trial has proven that ivermectin leads to an improvement in the clinical picture, although the drug had some effect on the virus in the preclinical trial.

– Ivermectin is a very old drug and is applicable in both human and veterinary medicine. In human medicine, it is used as an ointment in the treatment of some skin diseases, but that is one percent. This drug, which has also been used in humans to treat skin and parasitic diseases, but I must also remind you of SARS, and research done at two different universities has shown that invermecrine has given some results in terms of reduced replication of SARS-covid2 , but it was used in preclinical trials, did not come to life for further clinical trials. However, that is how it is now at the moment with the laity, who know nothing about that medicine. Not even a dose to apply. There are now 66 studies in the world, relevant and reported studies, and everyone is waiting for those results to give their advice on whether to use this ivermectin in the therapy of people with corona disease. People now use that medicine in a similar dose in which we veterinarians use, and that can be dangerous for everyone – says veterinarian Dr. Srecko Radojicic.

No serious doctor will prescribe ivermectin to his patient in the fight against corona.

– People who are seriously engaged in medicine will not even discuss whether this medicine is used. Maybe, in time, when he passed the studies and when he was established, but he did not pass anything – neither the profession, nor the studies. Well, now, in our country, the vaccine for children and adults was approved by the profession at the beginning of the year and no one is vaccinated, and you have this medicine that no one recognizes and people can use. People must understand that this medicine has not passed any tests – stated Dr. Stojanović.

– To say that something is dangerous, every person reacts differently. Nobody knows how anyone will react to that medicine. Someone won’t even feel it, and someone will lose their head because of that – said the director of KC “Palilula”.

Even “Merk”, which produces the drug, did not give approval to use it for the purpose of treating the corona virus.

– It’s something amazing. Those people who live abroad are mostly informed about ivermectin on those social networks, and they come here to the clinic to look for that medicine and all that on their own and without any doctor’s advice. This topic is debatable with both doctors and veterinarians until the relevant clinical trials arrive and all possible relevant health organizations accept the drug. Even “Merk”, the company that makes the medicine, gave some official advice that the medicine does not have any clinical efficacy according to them – says veterinarian Radojicic.

Both doctors concluded that there is no salvation from the crown without vaccination.

Nedovic skips the match with Zvezda