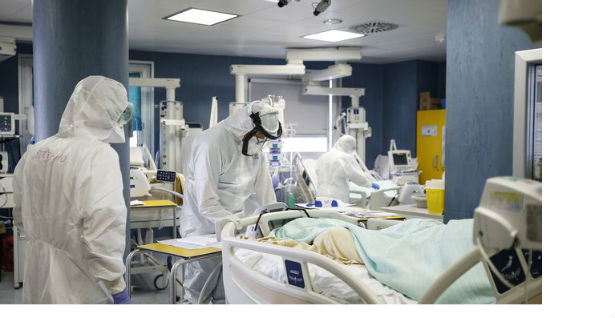 THE STRONGEST BLOW! Black October in Serbia – never more infected and dead than the crown!

The month behind us will definitely be remembered as “Black October”, since a record number of infected and deceased people from the corona virus in Serbia has been recorded since the beginning of the epidemic!

The fourth wave began with the first days of July, when the numbers began to grow shyly and almost no one paid attention to it. Already in August, everyone became aware that we will not wait until the fall or winter for the new wave of the corona, as many experts predicted, in September black forebodings began to come true, and in October the strongest blow would follow.

The fourth wave began with the first days of July, when the numbers began to grow shyly and almost no one paid attention to it. Already in August, everyone became aware that we will not wait until the fall or winter for the new wave of the corona, as many experts predicted, in September black forebodings began to come true, and in October the strongest blow would follow.

– From the contacts with the people I am in a non-stop relationship with, the situation is tragic, terrible, catastrophic. You have almost 8,000 infected every day. That number does not fall significantly. Oscillations of a few hundred or a thousand newly infected mean nothing, if you know that one from the family is being tested, and two are not being tested – said a few days ago virologist and microbiologist Dr. Milanko Shekler.

A member of the Crisis Staff, Prof., completely agrees with him. Dr. Branislav Tiodorović.

– The number of ill students may be twice as high as reported, since not all children are tested, and some parents send their children to school with symptoms that indicate covid.

How serious the situation is is also evidenced by the fact that during almost the whole of October, the percentage of positives was above 30 percent (the so-called “Kon’s coefficient”), which means that every third person tested was positive for the crown. And what is probably the most painful, last month we recorded a black record in the number of deaths, because according to official data, 1,721 people died as a result of kovida-19, compared to 1,597 deaths in December last year. And even though we now have the vaccine at our disposal, unlike a year ago.

For the last ten days, we have not had a day with less than 60 deaths … And among them were pregnant women, and even two boys aged 13 and 16 …

– The situation is very bad at the moment. We have seven weeks with over 6,000 patients a day on average – that has never happened before! The capacities of the new covid hospitals are being used, and in addition we have a situation where there are no beds – Dr. Predrag Kon just cried recently.

According to the data of the Republic Bureau of Statistics, in September this year in Serbia we had twice as many deaths as a baby was born. There is no doubt that the figures for October will be even scarier.

– This wave will surely last until the New Year. This unusual curve will slowly descend, but due to the winter and a larger number of people indoors, we will occasionally have peaks, ie an increase in the number of infected people. In my estimation, the numbers will slowly go down, there will be similar ones as now, but we will not have more than 10,000 infected – a retired epidemiologist, Prof., told “Blic”. Dr. Radmilo Petrovic.

However, regardless of the black corona figures, and despite the requests of the medical part of the Crisis Staff for the introduction of much more restrictive measures, we only received “semi-mutilated” kovid passes that are valid only in catering facilities and only after 10 pm.

Prime Minister Ana Brnabić announced that more than three million adult citizens have been registered in Serbia who have received some of the vaccines against kovid-19. However, considering that there are extremely few immunized people under the age of 18, it is estimated that about 44% of the total population of Serbia has been vaccinated so far.

Fifth in number in Europe

With an average of about 1,350 infected per 100,000 citizens, Serbia is still deep in the black corona zone, but we are no longer the country with the most difficult epidemiological situation on the planet. In Europe, Latvia is currently ahead of us with 1,766, Georgia with 1,570, Estonia with 1,517 and Lithuania with 1,413 infected per 100,000 people.

Corona figures have brought little encouragement in recent weeks as they are in a slight decline. The number of newly infected in the previous seven days is lower by ten percent compared to the week before, so we returned to the level we had at the beginning of October.

If the decline continued at this rate, then next week we might be able to stabilize at a level below 6,000 infected per day. However, we should be very careful because in this fourth corona wave, we have already had two falls in numbers, after which there were new shocking blows.

Zoran Marjanović arrived on the Palace of Justice! The trial for Jelena’s homicide continues, immediately THEY might be questioned!