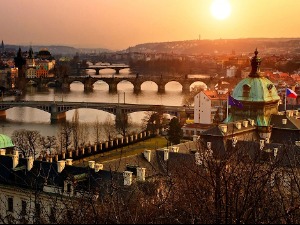 Prague is aware of what Moscow’s response will probably be

According to the Czech intelligence services, the expelled Russians are Russian intelligence officers. They have 18 hours to leave Prague.

Earlier, the Czech police announced that they were looking for two men who have several travel documents, including Russian passports, and their names match the names of the suspects in the attempt to poison former Russian spy Sergei Skripalj and his daughter Julia with a newcomer to England three years ago.

In response to the expulsion of Russian citizens, the spokeswoman of the Ministry of Foreign Affairs of Russia, Marija Zaharova, said that the Czech authorities know what Moscow’s response will be.