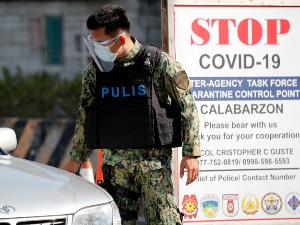 Philippines, a police officer killed his boss as a result of he tried to chop his hair

The director of the police of the province of Sulu, Colonel Michael Bavajan Junior, performed a routine check of the police implementation of the quarantine regulations when he noticed that the sergeant of the police staff, Imran Jilah, has long hair, the report states, the AP reported.

He later returned to the checkpoint from a nearby police camp with scissors.

As he approached him, Jilah shot at him and the police chief died on the way to the hospital, the report states.

The security escort of Colonel Bavajan Junior returned fire and killed the suspect at the checkpoint in the city of Jolo.

The head of the national police, General Guillermo Eleazar, ordered the launch of an investigation.