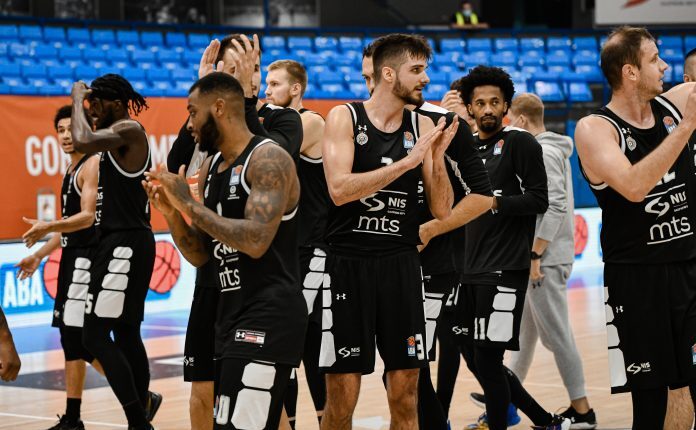 Basketball players of Partizan defeated the team of Split in the last round of the league part of the ABA league with the result 80:58.

This means that the people of Split will play in the barrage for survival in the elite rank against one of the teams from the ABA 2 league.

The black and whites finished the season with a score of 13-13, of course, without a place in the playoffs, which is why it will surely be assessed as unsuccessful.

However, their fans can be happy with the rise in form since Aleksandar Matović took over the team and the improvement, above all, of the game in defense.

Before this match, the guests from Split were very unlucky that Roko Leni-Ukić was positive for coronavirus and could not perform.

It was clear that Split had the importance of the game that shackled his hands, and the best player Marko Luković missed almost everything he sent in the first half.

Then, with a fantastic defense, Partizan managed to gain a great advantage, which they did not let go until the end. Already in the first section, it was double-digit, and at half time it was as high as +21.

Apart from Luković’s two tied threes at the beginning of the second half, Split did not have an adequate response until the end of the match, and it was as if they reconciled long before the end that they would have to play in the playoffs.

In the finish, both of them relaxed their hands, especially the guests who “took off their restraints”, but did not manage to reduce the difference too much, which at one point went up to +26.

I felt harm and lonely in Ankara