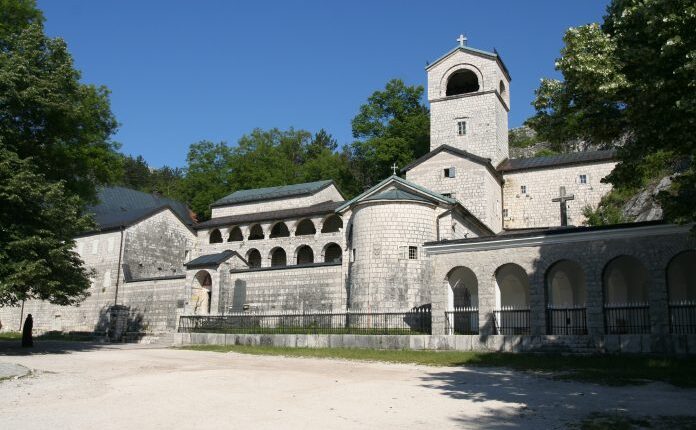 On Friday, the Assembly of Cetinje adopted the conclusions of the civil initiative for giving the Cetinje Monastery for use to the canonically unrecognized Montenegrin Orthodox Church.

Previously, the Municipal Administration for Cadastre and State Property rejected the request of the Metropolitan of Montenegro and the Littoral to delete the capital from the list of real estate as the holder of property rights over the Cetinje Monastery, but also the decision of the Montenegrin government to become the owner of this shrine instead of the city.

Dr Momcilo Vuksanovic, president of the Serbian National Council of Montenegro, told Vesti that the decision of the Cetinje Assembly was an attempt by “outgoing government staff” to “illegally promote what they failed to do during the enthronement of Metropolitan Ioannicius”.

– The illegal attempt of the councilors of Cetinje to change the ownership structure of the Cetinje monastery was doomed, because all preserved valid documents unequivocally testify that the monastery is the property of the Metropolitanate of Montenegro and the Littoral – Vuksanović points out.

It is interesting, commented the interlocutor of “Vesti”, that among the people who in a brazen and ruthless way advocate the seizure of someone else’s property, there is not a single baptized individual.

– But that is why there are a large number of non-believers, Muslims and Catholics. Descendants of those who for a long time solemnly welcomed the occupiers in Cetinje for the sake of servitude and their own interests, remembered today that as atheists, communists and unscrupulous criminals they can take Serbian shrines from the majority of the Orthodox people and declare Montenegro anti-Serbian – claims Dr. Vuksanović.

Podgorica lawyer Vladan Bojić points out that in Cetinje, there is “legal intrigue and interference of the municipality in the domain of work and property of religious subjects and the right of ownership and use of religious buildings”.

– It is so according to the Constitution, according to the laws and according to all international documents, and everything else is inadmissible. It is especially worrying that the behavior and acts of the municipality of Cetinje are becoming more timid with each new move, not to mention more tragicomic, and even more vehement, which brings unrest and disrupts the basic rules in the rule of law – said Bojić.

He explained that religious buildings cannot be awarded as a grant to an NGO.

– I do not know of a single case that any monastery, church, synagogue or mosque was given as a gift, in ownership or for use, as a grant. If a benefactor, on the other hand, wants to help this non-canonized group of depressed people, he can give them a grant in a different format, but only out of his own pocket – concluded Bojić.

Momcilo Vuksanovic points out that the Serbian people in Montenegro have been opposing the change of identity for a long time and “frantically defending their survival and opposing the state project of assimilation into national Montenegrins.”

– Past events have shown that the promoted forgeries of the former regime, however, were not enough to change the identity of Serbs in Montenegro. That is the reason why the current government, with the help of its mentors, is trying in every way to avoid the census in 2021, hoping that in some future time there will be a relativization of census categories of nationality, language and religion – says the president of the Serbian National Council of Montenegro. Up.