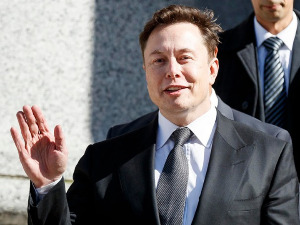 Asked how Twitter could increase its user base and increase their engagement, Musk explained that the app should offer more benefits and make sure “people have a good time and get informed,” according to employees who had the opportunity to hear his online address.

He made a comparison with Wichet, a “super” application used in China, which is also a social network, a payment portal, has games, and can even order transportation.

“Outside of China, there is no application similar to Wichet,” Musk said, as he was 10 minutes late for a virtual meeting with employees. “Basically, people in China live in Wichita. If we manage to achieve that with Twitter, we will achieve great success. “

He also praised the Tick-Tock algorithm for not being “boring”, saying that “we could improve Twitter in the same way to make it interesting”. He especially emphasized that Twitter is better at publishing news.

“I think Twitter can be much better at informing people about serious problems,” Musk said. Asked what Twitter’s success would look like in five to 10 years, he said the company should “contribute to a stronger, longer-lasting civilization in which we can better understand the nature of reality.”

During the conversation, Musk reiterated that he wants Twitter to rely more on subscriptions and payments, suggesting that people need to pay to open an account. At one point, he suggested introducing a label of “irony” so that users could more clearly explain the message of their post.

He also reiterated earlier comments about the desire to deal with bots and spam, saying “it should be much more expensive to have an army of trolls.” The executive director of “Tesla” is even earlier threatened to terminate the takeover agreement due to problems with bots, which prompted Twitter to give him wide access to data as proof of good will.

All in all, Mask’s comments to Twitter employees announce a serious intention to make big changes on this social network if his offer to take over the company is realized.

He said that he wants to make the company more financially disciplined, but that he is not completely against “exceptional” employees continuing to work from home. He hesitated to announce the decision whether he will be the executive director of Twitter when he takes over, but he made it clear that he will be very engaged in terms of business.

Towards the end of the conversation, Musk shifted the topic to space, the age of the Earth and potentially dead civilizations on other planets, saying that “he has not yet seen any real evidence that there are aliens.”