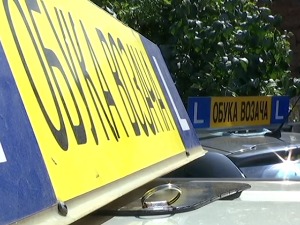 It’s higher to come back to a driving college with none prior data, who the “wild drivers” are

Fifty percent of the participants already have a certain driving experience, before they start the training, they say in the driving school that RTS visited, and they add that it is not good.

“It’s best for them to start from scratch, and it’s easier for us instructors then. Those who already know something, it’s harder for us to bring them back to school driving, they are the so-called wild drivers,” says Djoko Markovic, instructor and examiner in auto- school.

Professor Milan Vujanić, an expert in the field of traffic, states that education in traffic should be gradual.

“For example, people in an eight-year school should be taught how to ride a scooter, a bicycle and learn that first,” Vujanic believes.

When young drivers receive a trial license, which lasts for two years, they are not allowed to drive more than three people in the vehicle. Also, that vehicle must not have more than 80 kilowatts and 109 horsepower.

“Most of them are afraid when they come to driving school, they only have the driving test in their head, and to finish it, that creates the greatest fear of everything,” points out instructor Djoko Markovic.

Milan Vujanić adds that the largest number of civilian victims is in traffic, around 1,300,000 a year, and between 30 and 50 million are injured.

“That is why we need to prepare them for traffic in order to avoid that,” Vujanic points out.

Those who have not passed the driving test often sit behind the wheel. Experts say that children should be introduced to traffic materials in elementary school, and not only from the age of 16 or 17.

“We don’t have material in schools about traffic. We teach a small child to cross the street, a little older to ride a bicycle, when a moped, car and other things grow up, and when he grows up and passes the exam, we allow him to be an equal participant in traffic,” explains Professor Vujanic. .

In America, at the age of 16, it is allowed to take a driving test. In Montenegro, in addition to the novice driver who has a probationary license, there is also the category of “young driver” which is valid until the age of 24.

This could be contributed to the reduction of traffic accidents if the proposal of the Traffic Safety Agency on the permanent revocation of the driver’s license and the permanent ban on taking the driving test for those who committed a serious offense were adopted.

Whey is a “treasure” that cures many well being issues