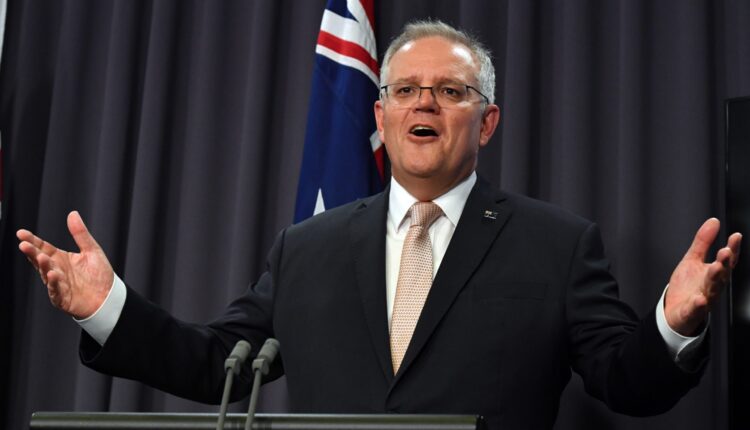 Give folks again their life and freedom!

In all Australian states and territories, to a greater or lesser extent, vaccination is in force for workers in many industries. Some governments are even considering tougher penalties and various restrictions for those who do not want to be vaccinated against kovid, which is not supported by the federal government.

All this is happening despite the fact that the immunization rate in the whole of Australia is very high compared to many other countries in the world.

This situation is clearly not to the liking of Federal Prime Minister Scott Morrison, who on Thursday told the governments of the states and territories to reduce the pressure on the citizens of Australia and to “return their lives”.

– Over the past two years, governments have been telling Australians what to do and how to do it. There was a need for that because we were going through a pandemic, but now it’s time for it all to start disappearing – Morrison said.

The Prime Minister emphasized that the citizens fulfilled their part of the agreement, since more than 80 percent of people were vaccinated (83.5% according to the data from Thursday).

The Prime Minister added that compulsory vaccination, except in some very specific situations, is not what the federal government wants.

– We are not supporters of the obligatory vaccination intended by the government. Firms can make their choices, if they are in accordance with the law. But we will not tell them or the citizens what they should do.

He emphasized that scientific recommendations speak in favor of the fact that with more than 80 percent of those vaccinated, all restrictive measures should be relaxed. Morrison had a special message for the Government of Queensland, which announced that it would ban unvaccinated people from entering all catering and other facilities from December 17.

– All people, regardless of whether they have been vaccinated or not, should be able to go for a cup of coffee in Brisbane when the immunization rate there is over 80 percent.

His words provoked sharp reactions from the Government of Queensland, and the Deputy Prime Minister there, Stephen Miles, even said that Morrison was doing it only for the sake of his own political survival.

– Instead of calling on people in Queensland to be vaccinated, he is undermining our strategy of compulsory immunization, which has contributed to a significant acceleration in the growth of the number of vaccinated. It is a cynical move in the interest of his own political goals – Miles said.

As the federal prime minister seeks a return to normal life, the Victoria government is frantically trying to secure broad powers by introducing a pandemic law. On Thursday, they encountered a big obstacle on that path, since Adem Somjeruk returned to the Parliament, who was expelled from the party by the ruling Labor Party a year ago.
The former minister announced that he would vote against the controversial law, which led to the draft not being able to be voted on because the government no longer has a majority. The debate was therefore postponed, so that the ruling party would try to negotiate with some of the cross-bankers to still vote for the law and enable its introduction.
The government is in a hurry, because the state of emergency in Victoria expires on December 15

Article Give people back their life and freedom! appears first on News Online.

SIPTARS STONED THE HOUSE OF THE VASIĆ FAMILY NEAR GJILAN! Workplace for Kosovo and Metohija: They proceed to intimidate and assault Serbs!