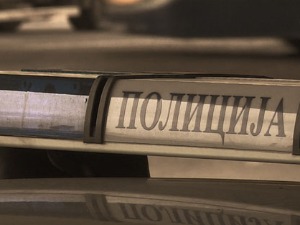 The suspect is charged with committing the crime of trading in influence, the spokesperson for the prosecution, Ivana Rakočević, specified for Tanjug.

The Ministry of the Interior confirmed that Mr. P. (1980), a former UKP police officer, was arrested on suspicion of having committed the crime of trading in influence.

“As it is suspected, on April 15, 2020, using his position as the head of SBPOK, he mediated that no official action should be performed, ie he demanded from the then head of the Police Department for the City of Belgrade that the person who is now in custody immediately returning the armored vehicle that was then temporarily taken from him, “the statement said, adding that the vehicle was returned on the same day.

G. P. he was detained for up to 48 hours and he will be brought to the competent prosecutor’s office with a criminal report.

Personal hospitals are taking up Covid sufferers in Greece