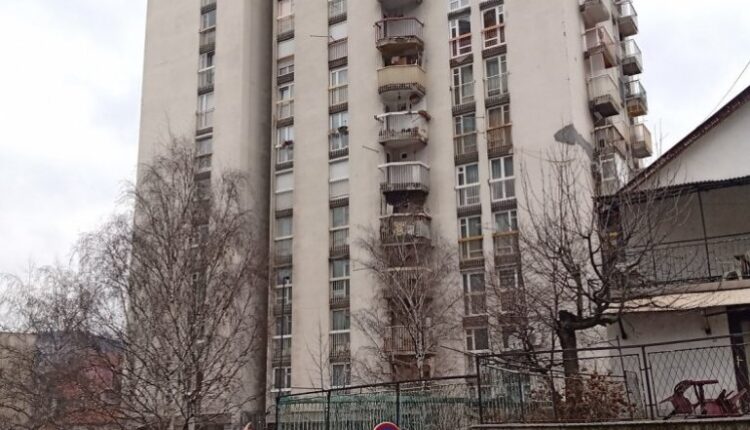 FILM SCENE IN UZICE! The policeman held on the fence on the 15th ground, after which the HEROIC ACT adopted!

Uzice police officer Rade Vasović (34), with his courage, dexterity and skill, went down to the terrace below in the dark and came to the woman he thought had passed away. He did it all without any protective equipment.

During his 15 years in the service, he encountered various situations and never hesitated how to act. Not even now, because as he says, “if in this business you hesitate to do something, then don’t even do it.”

– It was reported to the duty service of the Užice police that the 82-year-old woman, who was wiring alone on the 14th floor of the solitaire in Nikola Pašić Street, did not answer the phone, even though they called her all day. It was assumed that the old woman had passed away – says Rade, who was the leader of the intervention patrol, and his colleagues Petro Nešković, Boris Drobnjak and Stefan Mirosavljević were soon in front of the apartment where the woman lives.

The police and the team of firefighters, who also arrived immediately, were met by the woman’s brother, who was locked in the apartment.

GOOD NEWS! Katarina from Užice was found, whom the family had been searching for for days! 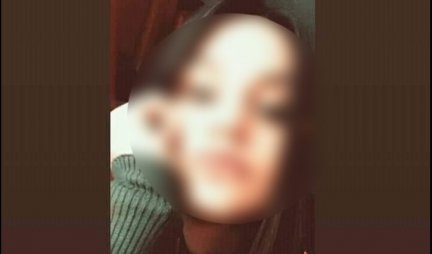 A man from Užice put something in the trunk of a “golf”, which is why those who saw this picture WONDER HOW HOW HE HAD IT / PHOTO / 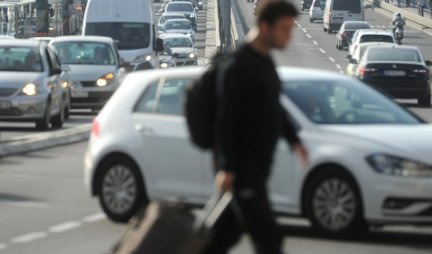 – That woman’s brother should have given us consent to break down the front door, and that door is a very expensive “one touch lock”. Although the brother had the key, it was not possible to open them because they were locked from the inside. We shouldn’t have risked breaking the door because maybe the old woman was lying near the door – says Rade.

He didn’t want to wait a minute

They immediately went upstairs, to the apartment above the old woman’s, which is at the very top of the building.

– I thought about how time passes and that every second is precious if the old woman just got sick and is alive. There was no time to wait for the firefighters to deliver the ropes and prepare the whole action. I decided to try to go down from the terrace to the lower terrace of the apartment where the old woman lived. You know, they say the police arrived a minute earlier it would have been different. I didn’t want to wait for that minute – says Rade.

Rade took off his belt and jumped over the terrace fence without thinking that it was over 55 m high.

– I slowly went down the bars from the terrace fence. I was half a meter short of reaching the fence of the lower terrace, so I swung back and forth. After rocking a few times, I bent down and jumped on the balcony. It just crossed my mind that the fence I was holding on to was not rotten, that it was strong enough to withstand my load. 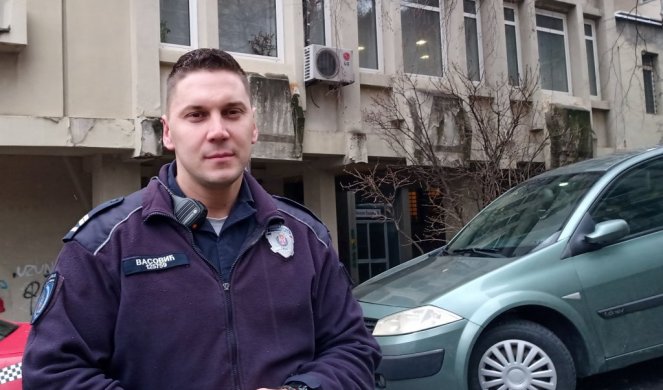 The door to the terrace was closed, and through the glass I saw the woman lying motionless on the floor. I called her and she raised her head. I felt great relief when I saw that she was alive. I shouted at her:

“Please, you must cooperate. “Try to reach the door and open it, so that I don’t break the glass.” And she barely replied that I shouldn’t break down the door, because it will freeze tonight.

I saw that the front door was closer to her, so I suggested she try to go to them and unlock them. She made two or three moves toward the door, then backed away. I’m calling her again. And so
several times. She managed to crawl to the door after 15 minutes and barely unlocked it.

Fellow firefighters came in and opened the door for me. The ambulance also arrived and examined the old woman – Rade said in his breath of an unusual event.

He was scolded by his wife, parents, and he was a black belt master the other day

Rade, a policeman with a big heart, only after the rescue was completed, when he looked up from the street, where he was hanging from 15 floors, he became aware of what could have happened to him.

– My parents and wife insulted me, but I think that I did an act that is in the description of my job and it is important that one life was saved – says Rade.

Rade owes his skill to many years of training jiu-jitsu. He is the holder of the black belt for the second day, the seven-time champion of the Balkans in this martial art and the winner of several medals at domestic competitions. In addition to his job, he is studying law and is in his fourth year of college, and at the same time he is taking care of his wife and two children. 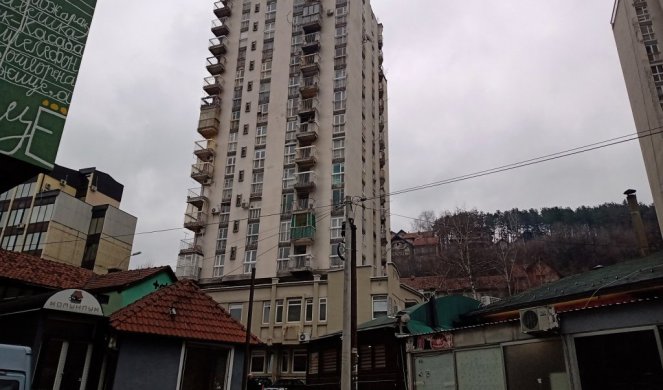