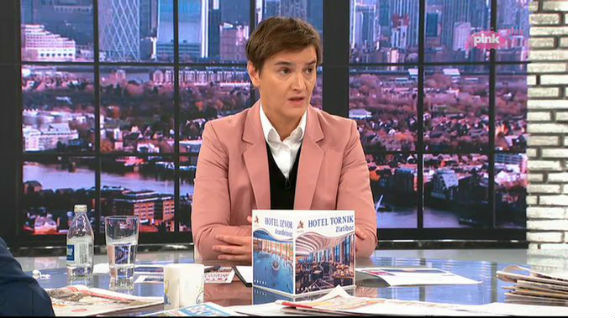 If President Vučić manages to fight for Serbia to get a more favorable gas price than the others, that means that our competitiveness is growing, the Prime Minister of Serbia pointed out for Pink.

The Prime Minister Ana Brnabić stated today that the upcoming meeting of the President of Serbia with the President of Russia Vladimir Putin is “the most important meeting we have in the next few months”.

Brnabic stated that “not only continuous energy stability and security, but also the economy depends on that meeting”.

– If President Vučić manages to fight for Serbia to get a more favorable gas price than the others, it means that our competitiveness is growing – said Brnabić.

Speaking about the work of the Government, she said that the report of the European Commission for Serbia’s progress for 2020 on fulfilling the conditions from the pre-accession negotiations, best assesses the progress in the field of rule of law, and that based on that report “expects at least one cluster “.

– We have the most positive report on the progress made by the European Commission in the last few years – said Brnabić.

The Prime Minister added that such an assessment was made because for the first time, the Serbian government sent a monthly report on the rule of law to the European delegation and the European Commission in Serbia, so that “no one could say they did not see any special progress.”