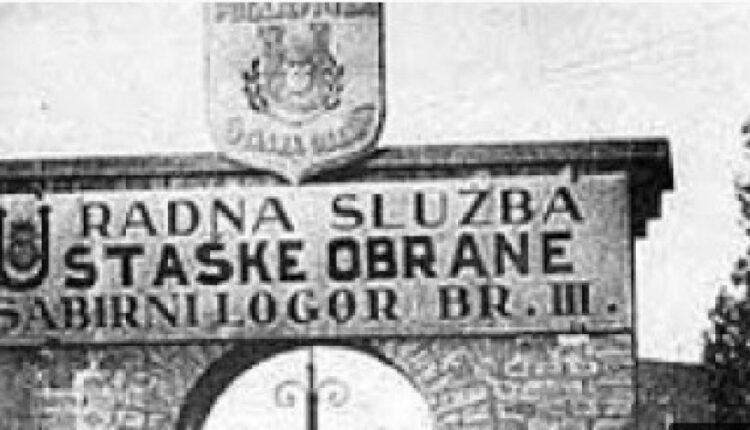 Eight a long time for the reason that institution of the Jasenovac camp – unpublished testimonies (15): Bloodbath on the eve of Christmas

On the occasion of the 80th anniversary of the formation of Jasenovac, the Museum of Genocide Victims in Belgrade has published several collections of documents, some of which are before the eyes of the general public for the first time and additionally shed light on facts related to one of the largest and most monstrous concentration camps in Europe. Among the new editions is the collection “Jasenovac Camp – Hearings of Serbian Refugees” by Veljko Đurić Mišina, director of the Museum of Genocide Victims, in which the testimonies of detainees given in 1942 before the Commissariat for Refugees and Migrants in Belgrade were published for the first time. The collection is impossible to obtain in free sale, and the Museum states that the book can be ordered by email at: [email protected], after which it will forward instructions on the payment of money to cover costs or voluntary donation.

In 1942, the Commissariat for Refugees and Immigrants held talks with most of the Jasenovac detainees who managed to survive this concentration camp and reach Serbia, these are statements that have not been known to the general public so far.

Among them is the confession of Branko Popović (40), a waiter from Doboj who was imprisoned in the part of the camp known as Jasenovac 2 near the river Lonja from November 5, 1941, and then to the camp in Bačić’s brickyard where the Ustashas killed with mallets and axes. .

“When we were transferred to the camp in Bačić’s brickyard, I was assigned to work in an excavator on the Sava. One day in the middle of January 1942. around 10 o’clock in the morning I was with 10 other Serbs employed in a sawmill located in a brickyard camp. There was a prison near that sawmill, where the Ustashas imprisoned the detainees. Then I saw through the window of the sawmill, how the Ustashas took two detainees out of that prison, and the other two Ustashas greeted them, one with an ax and the other with a wooden mallet, and hit these detainees on the head. An Ustasha holding an ax in his hand struck them on the head with a blade. As any detainee was hit in the head, so he fell to the ground. If he wasn’t dead right away, they slaughtered him with a knife. I watched them kill 10 to 12 Serb detainees like this. I couldn’t look anymore and I walked out the window. At the same time, an Ustasha came to the sawmill and forbade us to look out the window. “

Popovic also presented his knowledge about the “performances” – that is, the words of the prisoners in the yard of the camp when the Ustashas selectively chose and slaughtered people.

“Then we all had to line up in the yard of the camp. Each time, the Ustashas selected a number of Serb detainees, took them to the camp cemetery and killed them. So I remember it was a ‘performance’ on two or three days before Catholic Christmas. Then they singled out 21 Serbs and five Jews, took them to a tunnel and killed them with rifles. Then he was accidentally wounded in the leg by a bullet, which strayed Djordjic Trifko, a worker from Doboj, so we took him wounded to the barracks and laid him down, and on the afternoon of January 1, 1942, the Ustashas killed the wounded Djordjic and many other Serbs in front of him. the barracks itself, “Popovic said.

Killed in the cemetery

“When we lined up in the yard, the Ustashas separated 36 Serbs and Jews, took them to the camp cemetery and killed them with axes and clubs. I know that three brothers with the surname Guja, peasants from the vicinity of Sarajevo, were killed by Serbs at that time. I don’t know the names of others “, stated Branko.

According to him, already on January 1, the Ustashas organized a new, even bigger massacre of Serbs. “

“Those who could not go due to illness and weakness were pulled out in front of the barracks and killed there with axes and wooden mallets. About 100 of them were killed then, mostly Serbs. I came home from work in the barracks that day at about six o’clock in the afternoon and found in front of the barracks a large pile of corpses of killed detainees, and large puddles of human blood… The massacres continued on January 2 and 3, 1942. Those who were destined for the massacre were tied with wire, taken to the camp cemetery and killed there with axes and wooden mallets. I don’t know how many were slaughtered during those two days, because I was at work on an excavator on the Sava and I wanted to save my life that way. “

Work on the embankment

The survivor of the Jasenovac camp, Branko Popović, also told what the work on the embankment around Bačić’s brickyard looked like.

“The Ustashas either beat such unfortunates on the head with butts or slaughtered them with knives, and there were also cases when the Ustashas knocked some detainees to the ground on their backs and then beat them on the chest with their feet and jumped on their chests until they died.”

Popovic was released in a group with 12 other Serbs who were transferred to Serbia on March 31st.

Torture in the canal

“In front of the Ustasha dwelling in the camp, there was a canal full of water. When we finished demolishing the barracks, we had to carry all the material on the road, and the Ustashas punished anyone who could not carry as much material as they ordered by forcing him to step into the water into the canal, where they held him until he died because it was the death penalty. If someone was stronger, then they put a board over the canal, and he had to keep his head under the board in the canal, and the Ustashas walked over the board, bent the board, and so pushed the person’s head under the water and he had to suffocate. The following were punished and died in the canal: Jovo Trifković, a merchant from Doboj, and Miloš Nikolić, manager of the Bata company from Doboj. I don’t know the names of others, but I know that in that way many Serbs lost their lives, “said this survivor of the camp.

Tomorrow – Eight decades since the establishment of the Jasenovac camp – unpublished testimonies (16): They took out the hearts of the living

THE FIRST SMART BUILDING IN BANAT OPENED! The Heart for Vitality Stability has began working in Zrenjanin!

Dwelling in a same-sex group is a human proper