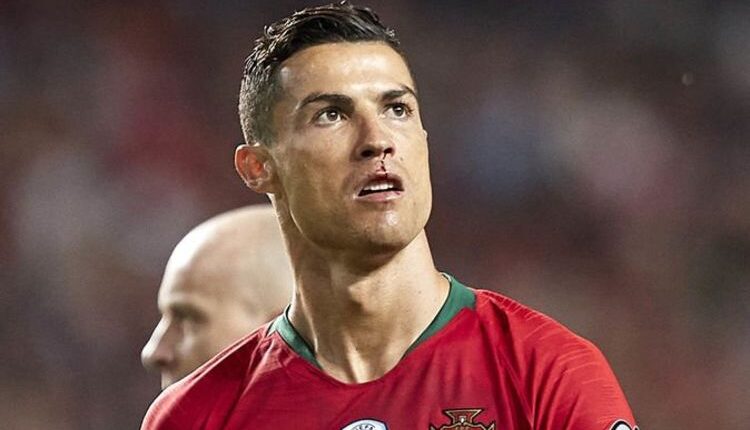 Juventus star Cristiano Ronaldo has limped out of Portugal’s showdown with Serbia with what appears to be an injury problem.

The 34-year-old was seen clutching his hamstring and he exited the fray, with his side already 1-0 down following Dusan Tadic’s early strike.

Spanish publication AS have claimed that Ronado has left the Portugal showdown with a muscular injury but it remains to be seen whether he will be fit for Juventus’ weekend showdown with Empoli at the weekend.

Portugal may miss their talisman. They are under pressure to pick up the points following the weekend’s dire goalless draw with Ukraine.

But they have fared admirably without Ronaldo in the past.

The most memorable example of the 34-year-old hobbling off out of an international clash was in the final of the 2016 European Championships final against France.

Many wrote off Portugal amid the heat of the battle.

But they still claimed the Euro 2016 trophy, with Swansea flop Eder striking to break French hearts.

Ronaldo’s injury means he now faces a fight to face Ajax when Juventus take on the Dutch side on April 10.

And Andrea Pirlo believes that, if fit, the veteran will tear into their Champions League opponents.

“Juventus’ target is Europe now. They have changed their mentality.

“Ronaldo decided to change his life at 33. It means he had great motivations and he settled in well very quickly.

“In a season, there is always a turnaround, a perfect game that changes the season.

“I think Juve can physically destroy Ajax, it was a good draw.

“Ajax beat Real Madrid but Real were as unorganized as ever and that’s rare. It won’t happen with Juve.

“Juventus can win the Champions League provided that they won’t repeat what they did in Madrid.”

Ronaldo has scored 19 goals for Juventus in Serie A since leaving Real Madrid in the summer.