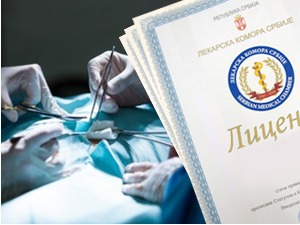 The suspected masseur, who introduced himself as a surgeon, at the hearing he defended himself by remaining silent. He was remanded in custody for up to 30 days. He is charged with unauthorized engaging in certain activities and serious acts against human health, and his mother with helping. The prosecution will also examine five health workers who cooperated with the suspect as witnesses.

“Their intent must be established, it must be determined whether they knew that this person did not have the appropriate qualifications and that he was committing a crime. If the accomplices knew that the perpetrator was committing a certain crime, then they can be held accountable as the perpetrator. in practice they usually impose milder punishments for helpers “, says prof. Dr. Vanja Bajović from the Faculty of Law, University of Belgrade.

The investigation established that the suspect S. K. more than a year for monetary compensation for radio liposuction and various aesthetic corrections in an office in Terazije that was never reported or registered in the APR.

“The phenomenon of misrepresentation, especially when it comes to our profession, has existed for a very long time and I think we should all appeal to the citizens to always check on the website of the Medical Chamber whether these doctors are licensed or licensed. in the last resort, they can also check in the APR whether the health institution they are going to is registered and for what it is registered, and take care of that, “points out Dr. Milan Dinić, president of the Medical Chamber of Serbia.

So far, seven injured persons have been identified and they will be questioned in the Prosecutor’s Office.

“If I can say inhumane crime, all crimes are inhumane, but here we are literally making money on the inability of people who are sick and who are holding on to a straw. These people, it often happens, do not report such crimes, because they themselves feel ashamed of being tricked into trusting someone they shouldn’t have trusted, “Bajovic said.

Of the medical education, the suspect has completed only the first year at the Faculty of Dentistry. He forged numerous diplomas and certificates and introduced himself as a surgeon, but he did not hide that he was only 23 years old. He offered his services through social networks, and he also used the accounts of certain public figures.

“The minimum education to become a doctor lasts six years and if we assume that it is at the age of 18, you have to be at least 24 years old to complete medicine, specializations last from three to six years, usually four, after that possibly subspecialization for another year. or two, so you can’t become a specialist doctor some 27, 28 years ago “, emphasizes Dinić.

It is possible that psychological and psychiatric expertise will be proposed, and the property of the suspects will be checked.

Big reinforcements are arriving at Maracanã! Dragović was photographed in a Zvezda T-shirt and thus confirmed his signature! (PHOTO)