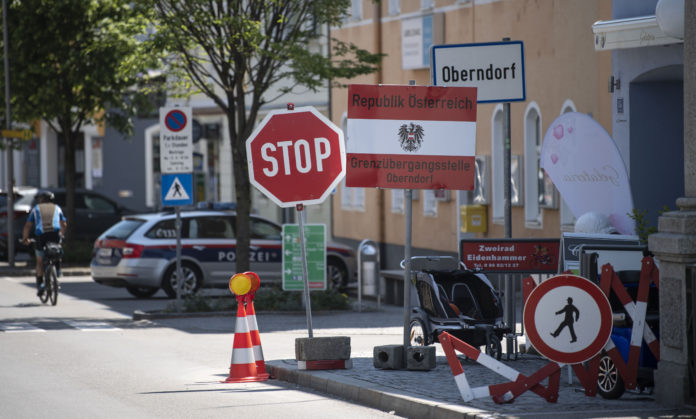 Austria is tightening border controls on all its neighbors

Austria will strengthen border controls towards all its neighbors from tomorrow, the Ministry of Internal Affairs announced.

The Minister of the Interior of Austria, Karl Nechamer, talked about that, this afternoon, with his German colleague, Horst Seehofer, after which he will talk to the ministers of other neighboring countries.

Travel should be reduced to an absolute minimum, Nehamer said in a statement.

“There are only a few exceptions for travel that are really needed. “Now we will tighten the controls at the border and thus increase the pressure in order to adhere to the covid measures,” he said.

According to him, border controls are an instrument for stopping the waves of infection, which are especially dangerous now, especially because of the new strains.

The decision of the Austrian authorities was preceded by criticism from Germany due to tomorrow’s easing of measures in Austria.

The Prime Minister of the German province of Bavaria, Marcus Seder, assessed that the combination of mutations and the sudden easing of measures in Austria are the worst way.

The secretary general of the ruling CSU, Marcus Blume, accused Austria and the Czech Republic of pursuing an irresponsible policy of opening up and thus jeopardizing the successes achieved by Germany in the fight against the spread of the corona virus.

Nehamer said that he had a positive conversation with Seehofer, who also comes from Bavaria.

“Thank you, Minister Zehofer, for your cooperation in these challenging times”; he pointed out.

While on the borders of Hungary and Slovenia, since the migrant crisis in 2015, there have been constant controls, and for a month now on the Czech Republic and Slovakia, on the border with Germany, Italy and Switzerland, so far, only random controls have been used.

That, as stated, will now be intensified.

According to the Ministry, the Austrian police units, in cooperation with their colleagues from the neighborhood, will carry out controls.

The Austrian government has just adopted a tightening of the entry regime.

According to the regulation, which is scheduled to take effect on Wednesday, everyone who enters Austria must have a negative antigen or PCR test, and a ten-day quarantine is mandatory.

This quarantine can be terminated, after five days of isolation, by a negative test.

Before entering the country, the traveler is obliged to make an online registration.

The new regulation now obliges cross-border workers to register, as well as a negative corona test, who must work once a week.

Canine despatched off by referee for invading soccer pitch in Serbia