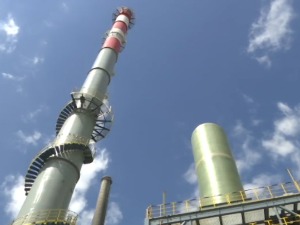 There was the most work on the desulphurization plants this summer, so that the smelter in Bor could work safely.

“We have committed ourselves to invest seventy million euros in environmental protection by 2024, and we have already invested 142 million euros by August this year. We are continuing with projects in Bor and Majdanpek, as far as wastewater that pollutes rivers is concerned, it will be invested a total of $ 300 million, “said Jen Siming, CEO of Zidjin Serbia.

The Minister of Environmental Protection is satisfied with the cooperation with “Zidjin” and their efforts to melt copper without pollution.

“Don’t forget that in 2011 there were 160 days in this city with excessive air pollution. At the end of 2021, when we see the number of days, it will be significantly less,” says Irena Vujović, Minister of Environmental Protection.

From the middle of next year, as announced, when all repairs are completed, there will be no pollution with sulfur dioxide or PM particles, heavy metals. Bor is also working on the project of the city heating plant, which is also a polluter, because in the two years since “Zidjin” took over the Bor mine, the city budget has doubled.

“You are investing in wastewater treatment systems and I think that together we are on the right path, that Bor will become what was promised by August next year, a city where ecology will have primacy,” said Aleksandar Milikić, the mayor of Bor.

Trial production in the new gold mine “Čukar Peki” shows that there is no pollution and that it is a real green mine.