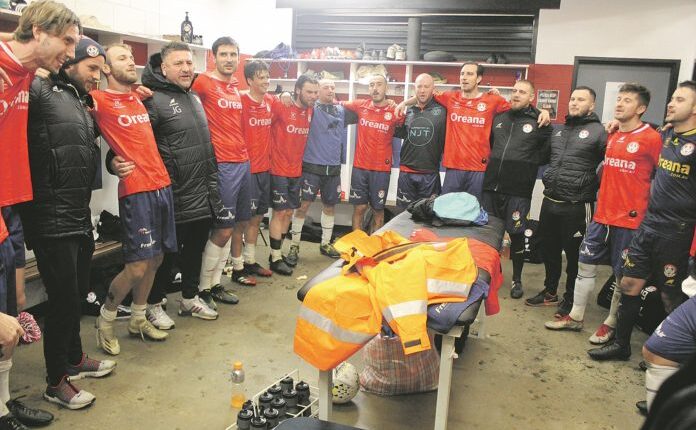 Within the new season with the best ambitions

The 2021 season smelled of great success and celebration of Sindjelic. The famous Serbian club from Melbourne was one of the main candidates for the title of champion in the Second League of Victoria (north-west group), since after 14 rounds it took the second place on the table with only one point less than the leading Hume United.

However, the new wave of the corona virus epidemic and the beginning of another long lockdown in Melbourne, marked the premature end of the competition and the cancellation of the entire season.

Sindja will play in the same company next year as well, with an unchanged ambition to return to the company of the first league. Plans and goals for next season will be set at the upcoming Annual Assembly of the club, which is scheduled for Wednesday, November 24, starting at 6.30 pm at the club premises in Ardier. What is known even before the assembly, the first team will be led by coach Goran Lozanovski next year as well. The management of the club announced this decision in the middle
October, thus confirming that she is satisfied with the performance of an experienced expert who has already won championship titles in the Victoria Premier League. Lozanovski will be assisted in the new season by the current assistant Jim Gacovski.

A few days ago, it was announced that Sindjelic’s reserve team will be led by Marcelo Tejo in 2022, instead of Menu Martinez, who has spent the last three seasons in this position. The start of the new championship in the state leagues of Victoria is expected in March next year.

THE CLUB HAS PREPARED RICH AWARDS

On Saturday, December 4, in the evening, Sindjelic will hold a regular gathering called Last man standing. For this evening, 300 tickets were on sale, and a large number were sold back in July, since the event was scheduled for August 7. According to the club, an even smaller number of tickets is available at a price of 100 dollars, which includes food and drinks. $ 10,000 will be set aside for cash prizes.