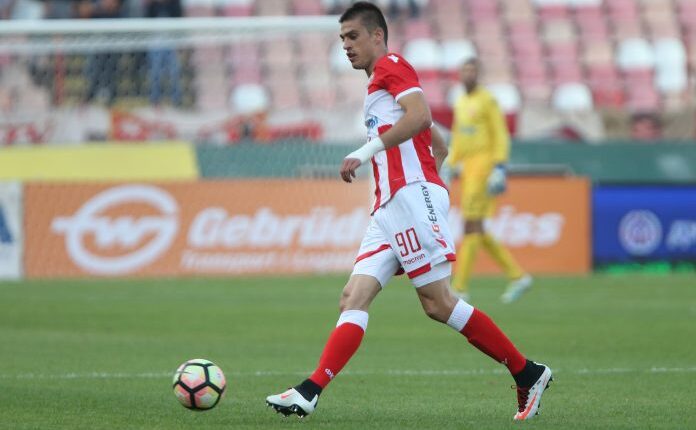 The countdown to the duel between the Red Star and Milan started a long time ago, and there is no doubt that there is great excitement in the red and white ranks.

How could they not, when the former European champion and old rival arrives at “Marakana”. Yes, the Italians are the favorites – they are, but the Red Star has already shown in the past few seasons in Europe that it also knows how to shine and scalp the big favorites.

They hope for that even now, and one of those who supports them is former captain Vujadin Savić.

In an exclusive interview, Savić pointed out that it is ungrateful to predict the outcome of the duel, but he also wondered “what kind of stars are they who do not believe in victory”.

– It is ungrateful to say now what the result will be in the end, who will pass. Milan was the first until this weekend, and Inter is only one point away from them. They are really in good shape, they have been at the top for a long time. They have a good team, they also have stars, but Deki (Dejan Stanković) knows them best – Savić said for Meridianbetsport, but also added that there is no “white flag”.

As he says, it is completely irrelevant who the rival is, Zvezda must go for the victory.

– What kind of star would I be, and the others, what kind of stars would they be, if they didn’t believe in the passage? It doesn’t matter, Milan, Real, Barcelona, ​​Liverpool… Whoever it is, we have to believe that we can go further. With a large dose of love, faith, of course, quality and knowledge, a positive result can be achieved – Savic is clear.

Savić left Zvezda in 2019, but the ties remained strong, of course.

– I am in constant contact, not only with the current players, but also with those who are no longer in Zvezda. I also hear from other people from the club. I follow what is happening, what is being done… I hear from Borjan very often.

After leaving “Marakana”, he stayed in Cyprus, and after a lot of media speculation, Serbian football player Vujadin Savić finally has a new club and it seems that he is getting closer to Belgrade.

After, as he himself said, the hell he went through in Cyprus in the APOEL jersey, now is the time for new challenges, and Olimpija from Ljubljana can represent just that.

Savic revealed all the details of the signature, but also what the episode in Cyprus looked like, which he obviously will not remember for good.

– Recently, Nenad Jestrović contacted me, asking what I thought about that variant, to come on loan, to play, to try to take the title… I agreed immediately because I had a very difficult period in APOEL. Although, I have to admit that the first period was very nice. Cyprus is ideal for family life, both because of the climate and because of the conditions, we played in the Europa League, we went through the group stage… Everything was as it should be until the appearance of the coronavirus.

And what was wrong and what kind of “hell” did it go through?

– That’s when my hell in Cyprus began. I did not agree to a salary reduction, more precisely – I did in the first three months, at the very beginning of the pandemic. But I could not agree to a further reduction, as I had a contract for another two years at the time. It’s a large sum and I really couldn’t agree. The championship was interrupted in March and we did not train, and when we returned in the summer – I was not with the team. They trained in the afternoon and I in the morning, or vice versa. I was more in the gym than on the field, and I almost didn’t use the ball – Savić revealed.

That is not all, Vujadin explained the details about the finances in detail, and it seems that now finally all three sides will be satisfied.

– The loan will last until the end of the season, then I have another year with APOEL. We will see what will happen after the loan expires, because I really don’t see myself in that club. They can’t pay me, I have the highest salary in the team and they simply asked me to try to find a new club for the summer. They will pay a larger part, Olimpija a smaller one, so that I can go in the summer and they will be free of costs – concluded 30-year-old Savić.