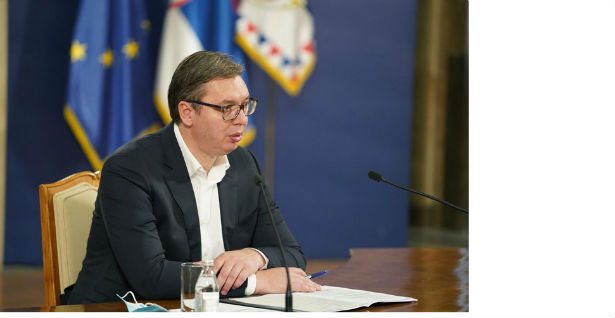 VUCIC WITH NEW MEASURES AND VACCINES "I’ve all the time been for some form of curfew, however … 1.eight MILLION DOSES supplied

As he said, we will try to provide vaccines for those who are most exposed and who are at risk of infection by the end of January.

It is about 1.8 million doses, which will probably be from “Pfizer”, but negotiations are also underway with Chinese and Russian partners.

– We will have the first vaccines before the end of December – he pointed out.

As he said, the state will accept all measures of the Crisis Staff when it comes to preventing the corona virus pandemic, because human health is the most important thing.

– But, we must also protect our economy, to take care that certain western countries will have greater availability of vaccines than us – he said.

Who to talk to about vaccines

As he said, a letter of intent was signed with the Chinese “Sinofarm”, but for now there is nothing more concrete in that field.

He stated that a letter of intent was also signed with the Russians, and pointed out that all these vaccines must also pass domestic controls.

Speaking about the possible introduction of new measures, Vučić says that the Crisis Staff is taking care at all times.

– I have always been for some kind of curfew, and solve everything in 15 days. I believe in their knowledge, and their expertise, and we will listen to them. I don’t think that there is any special benefit from closing from six to six hours – said Vučić.

A lot enjoyable on this version of The Week in Footage