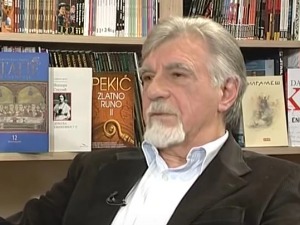 Sreten Petrović, one of the founders of the Aesthetic Society of Serbia, was a full professor at the Faculty of Philology in Belgrade.

He completed his philosophy studies at the Faculty of Philosophy in Belgrade, where he received his doctorate with a thesis on Schelling’s aesthetics, the Society of Aesthetics announced today.

Professor Petrović focused his extensive professional work primarily on the philosophy of art, but also on ethnology, culturology, rhetoric and mythology studies, leaving a significant legacy in all these areas, the announcement added.

He published an extremely large number of scientific works and monographs in the country and abroad.