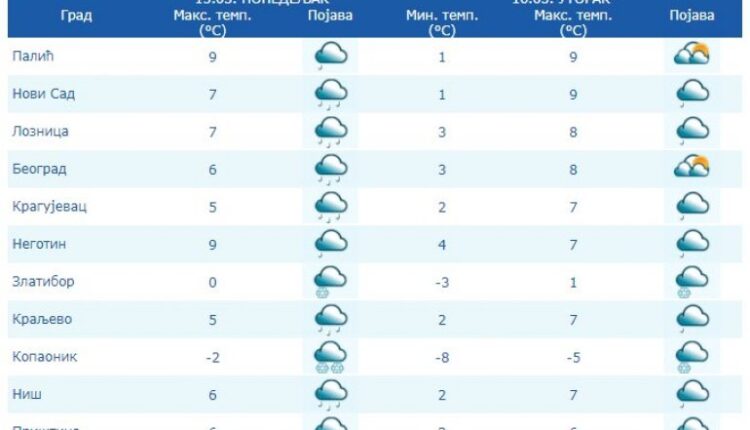 THE YELLOW METEOAL ALARM IS IN FORCE! RHMZ ISSUES WARNING: Greater than 20 millimeters of rain will fall in 12 hours, generally as much as 30 centimeters of snow!

Wind moderate and strong, northwest. The lowest temperature is from 1 to 6 C, and the highest from 3 C in the southwest of Serbia to 10 C in the north of Vojvodina and in Negotinska Krajina, the Republic Hydrometeorological Institute announced.

During the day, the creation or increase of snow cover is expected first in the southwest of the country, and during the night towards Tuesday in the hilly and mountainous area of ​​southeastern Serbia, 10 to 30 cm of snow is expected in 12 hours, while in the lower parts of this region smaller snow cover.

In Belgrade, cloudy and cold with rain with a moderate northwest wind. The lowest temperature is around 3 C, and the highest is around 6 C. 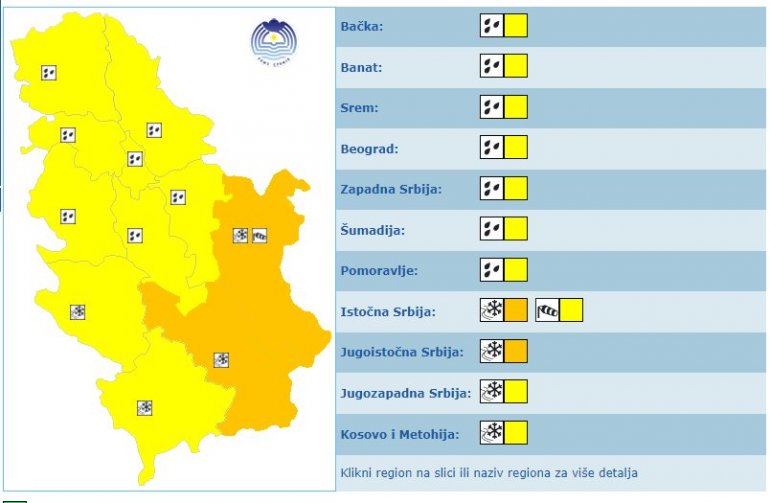 Mostly cloudy with frequent rain in the lower and snow in the higher areas, but from Tuesday with a small amount of precipitation.

It is cold until Friday, so in the night and in the morning, light snow is expected in some places and in the lower areas.

A little warmer just for the weekend.

Somewhere more than 20 mm of rain, in the mountains up to 30 cm of snow

The Republic Hydrometeorological Institute announced that the most rain is expected today in the area of ​​western Serbia, Srem, Belgrade, Sumadija, southern and central Banat, where more than 20 mm will fall in some places in 12 hours.

Today, the snow will fall first in the southwest of Serbia, and the most significant increase in the height of the snow cover is expected in the hilly and mountainous area of ​​southeastern Serbia in the night from Monday to Tuesday, by 10 to 30 cm in 12 hours.

A moderate and strong northwest wind will blow, which will have gusts of 17 to 20 meters per second in eastern Serbia today and tomorrow, it was announced early this morning on the website of the Republic Hydrometeorological Institute. 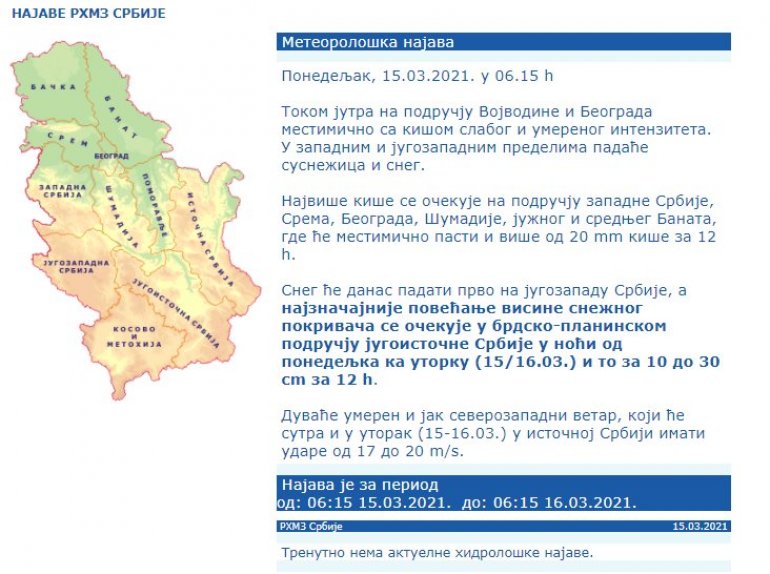 Google Maps cannot see your avenue? This is how to attract it your self (VIDEO)