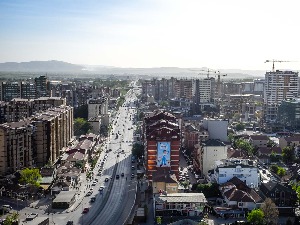 The Supreme Court rejected as unfounded the appeals of the Self-Determination Movement, the Roma Initiative, the Egyptian Liberal Party, the Ashkali Party for Integration, the Progressive Movement of Kosovo Roma, Adriana Hodzic – United Community and the Social Democratic-UNION SDU.

The Self-Determination Movement requested that 20,550 voting packages received by mail from voters outside Kosovo be recounted.

As for the court’s decision regarding Adriana Hodzic’s appeal, the decision confirmed the annulment of votes for the Initiative she leads in the municipalities of Zubin Potok, Strpce, Ranilug, Gracanica, Partesh, Kllokot, Novo Brdo, Zvecan, Leposavic and North Mitrovica.

As for the Roma Initiative, the votes in the municipalities of Leposavic, Novo Brdo, Ranilug, Partesh and Kllokot were annulled.

After the decision of the Supreme Court on the rejection of the remaining appeals, the CEC will announce the final results of the elections, and the session of the CEC has been announced for tomorrow.

Per resents once more: ATP has turn out to be unhappy and boring