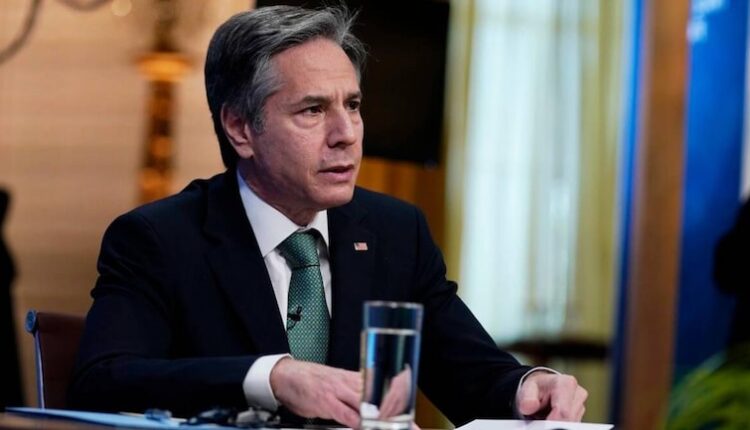 US Secretary of State Antony Blinken on Monday called reports of Russia stealing Ukrainian grain ‘credible’. This allegation has already been made by Ukraine President Volodymyr Zelenskyy.

US Secretary of State Antony Blinken gave support Monday to reports that Russia has stolen grain from Ukraine for resale, even as Moscow blocks the country from exporting its own corn.

“There are credible reports… that Russia is pilfering Ukraine’s grain exports to sell for its own profit,” Blinken said at a State Department conference on food security issues arising from the invasion of Ukraine.

“Now, Russia is hoarding its food exports as well,” Blinken added, outlining the reasons for the sharp surge in global prices for wheat and other grains, and looming shortages.

The war “is having a devastating impact on global food security because Ukraine is one of the breadbaskets of the world,” Blinken said.

The New York Times reported Monday that a number of freight vessels have departed Russia-controlled ports with what US officials have described as “stolen Ukrainian grain.”

It said that the United States has alerted 14 countries, mostly in Africa, about the shipments, as many of them are dependent on grain imports and already face severely constrained supplies.

Blinken said the Russian navy has blocked grain carriers from leaving the Black Sea port of Odessa, in an effort to “blackmail” the world into supporting Moscow’s war.

“Right now a Russian naval blockade in the Black Sea is preventing Ukraine’s crops from being shipped to their normal destinations,” he said.

“There is somewhere around 20 million tonnes of wheat that is trapped in silos near Odessa, and in ships literally filled with grain that are stuck in the Odessa port because of this Russian blockade.”

Blinken said it was a deliberate strategy by Russian President Vladimir Putin to force the rest of the world “to give in to him,” and eliminate sanctions on Russia.

“In other words, quite simply put, it’s blackmail,” Blinken said.

Slobodan Milenkovic arrived on the prosecutor’s workplace for an interview

Hospital-Acquired Pneumonia Is Killing Sufferers. But There Is a Easy Technique to Cease It.