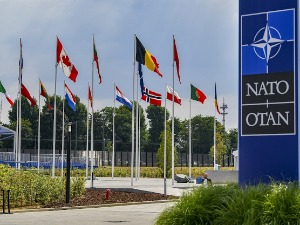 Sauli Niniste spoke after the meeting of the three sides in Madrid on the eve of the beginning of the NATO summit, the Finnish newspaper Helsingin sanomat reported.

“We had a detailed meeting with Turkish President Recep Tayyip Erdogan and Swedish Prime Minister Magdalena Anderson, with the support of NATO Secretary General Jens Stoltenberg,” Ninista said in a statement.

“As a result of that meeting, our foreign ministers signed a memorandum of understanding between our countries, which confirms Turkey’s support for inviting Finland and Sweden to join NATO at this week’s summit in Madrid,” the Finnish president said in a statement.

It is added that concrete steps for the accession of Finland and Sweden to NATO will be agreed among NATO allies in the next two days.

Ankara has blocked the admission of Helsinki and Stockholm to the Alliance, primarily because of their attitude towards the Kurdistan Workers’ Party, which the Turkish authorities consider a terrorist organization.

What Sweden and Finland promised

In the memorandum, Sweden and Finland agreed to investigate and take measures to stop the financing of the Kurdistan Workers’ Party and the recruitment of people for the needs of that organization.

In addition, Finland and Sweden will deal effectively and thoroughly with Turkey’s unresolved requests for the deportation or extradition of terrorism suspects, taking into account the information, evidence and intelligence provided by Turkey, the memorandum said.

The two Nordic countries have also pledged to establish the necessary bilateral legal frameworks to facilitate the process of harmonization with the European Convention on Extradition.

In a memorandum signed by the three countries’ top diplomatic representatives, Finland and Sweden pledged, among other things, to ensure that state regulatory frameworks for arms exports allow for new obligations to allies in line with their NATO status.

Stoltenberg: Sweden and Finland – perhaps the fastest entry into NATO

NATO Secretary General Jens Stoltenberg stated that the process of considering the applications of Sweden and Finland for joining the alliance is very fast, which, as he pointed out, should be a signal to Russia that NATO’s doors are open for other countries.

“This is a very obvious signal to Moscow that the doors of NATO are open,” Stoltenberg said at a press conference.

Stoltenberg added that the situation with the applications of Sweden and Finland has become “perhaps the fastest process” in considering the countries’ applications for NATO membership.

Biden and Johnson welcomed the agreement

“I congratulate Finland, Sweden and Turkey on signing the trilateral memorandum. It is a key step for NATO to invite Finland and Sweden, which will strengthen our alliance and strengthen our collective security and a great way to start the summit,” Biden wrote on Twitter.

The news of reaching an agreement was also welcomed by the British Prime Minister Boris Johnson.

“Fantastic news at the beginning of the NATO summit. The membership of Sweden and Finland will contribute to our great alliance being stronger and safer,” Johnson said in a post on Twitter.