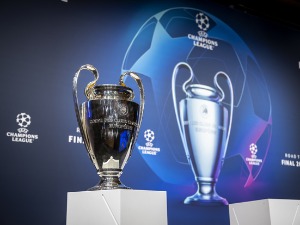 RTS :: If Pjunik is kicked out, Zvezda will win the match towards Maccabi Haifa

Red Star footballers have learned about a potential rival in the Champions League playoffs.

With the decision of the draw in Nyon, the champion of Serbia will meet with the better team from the duel between Maccabi Haifa and Apollon.

Dejan Stanković’s team, in order to reach that duel, must first eliminate Pjunik.

The red and whites meet the champions of Armenia in the third round of Champions League qualification, and the first match will be played on Wednesday, August 3 in Belgrade.

As for the play-off qualifying matches, they will be played on August 16 or 17 in Israel or Cyprus, with the second leg scheduled for August 23 or 24.

The Time Has Come for DIY Mandates on Covid