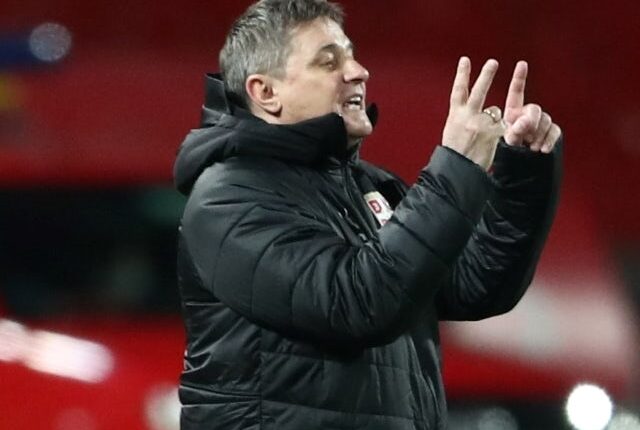 Both beat in their opening UEFA Nations League fixture of the new campaign, neighbours Serbia other Slovenia meet at Belgrade’s Stadion Rajko Mitic on Sunday.

Pitched together with Nordic nations Sweden and Norway in a competitive League B Group 4, the teams will be eager to taste victory ahead of another two fixtures next week.

Since securing a place at this winter’s World Cup in dramatic circumstances by snatching an automatic spot away from Portugal deep into stoppage time of their final qualifying match, Serbia have been building towards the upcoming finals in Qatar.

Six months on from Aleksandar Mitrovic‘s last-gasp strike in Lisbon, the Eagles were back in competitive action on Thursday evening, as they hosted an improving Norway side at the notorious ‘Marakana’.

Despite dominating the ball and firing in far more shots on goal than their visitors, Dragan Stojkovic‘s men were stung by a predatory Erling Haaland strike midway through the first half and were ultimately unable to find an equaliser.

Serbia won only one of six Nations League matches in the compressed 2020 campaign, so a lackluster record in the competition was continued by losing at home on the 2022-23 edition’s opening day.

Battling it out in Europe’s second tier once again, Stojkovic’s side are targeting promotion to the rarefied heights of League A after starting the inaugural competition among the third rung back in 2018.

Set to join Brazil, Cameroon and Switzerland in Group A of the World Cup, Serbia’s experienced squad are clearly capable of mixing it with the continent’s elite – as taking four points off Portugal on the road to Qatar would indicate – and will want to avoid a third successive loss, following a previous seven-match unbeaten streak.

In contrast to their regional rivals, Slovenia missed out on qualification for the World Cup; failing to secure even a shot at the playoffs due to a fourth-place finish behind group winners Croatia, the now-expelled Russia and Slovakia.

Though Matjaz Kek‘s men recorded two draws from their springtime friendlies, they had not played competitively since last November before welcoming Sweden to Ljubljana on Thursday.

In a closely contested affair, the Slovenians lost their Nations League opener, as they were unable to respond to Swedish strikes at the end of either half.

Nonetheless, the opportunity to feature at League B level was hard-won back in 2020, as they beat Greece to promotion by going unbeaten throughout their six group games, and the coming week provides three more chances to pick up points.

With a trip to Norway quickly followed by Serbia’s visit in Tuesday’s return fixture, there is certainly no time for Kek and company to reflect on missed opportunities – particularly when faced by one of football’s most hostile environments on Sunday.

With star striker Dusan Vlahovic ruled out of Serbia’s squad this summer, despite his inclusion in Dragan Stojkovic’s original 34-man selection, the hosts could again turn to Fulham’s Aleksandar Mitrovic, who has racked up 45 international goals from 72 caps.

Alternatively, Stojkovic may opt to offer Real Madrid’s forgotten man Luke Jovic an opportunity to feature at the apex of a 3-4-2-1 formation, as Mitrovic is unlikely to start four matches in the space of just 10 days.

Meanwhile, Slovenia are likely to rely on Middlesbrough forward Andraz Sporar to lead their attack once again, as Josip Ilicic is still sidelined – RB Salzburg’s Benjamin Sesko and current incumbent Zan Celar battle it out to join him up front.

Matjaz Kek may make some changes to a losing team, so Italy-based trio Domen Crnigoj, Leo Stulac other Vid Belec will perhaps hope to be promoted from the bench. The latter’s path is blocked, though, by established number one Jan Oblakwho captains the side.

A rare home defeat for Serbia last time out may bring about even greater intensity from a talented squad on Sunday, and their individual quality in several key areas should see off the challenge of Group 4 underdogs Slovenia.

The visitors could be set for a challenging campaign in League B and may need to rely on accumulating points back in Ljubljana if they are to avoid relegation.

For data analysis of the most likely results, scorelines and more for this match please click here.

Click here to get Sports Mole‘s daily email of previews and predictions for every major game!

His-and-Hers Cataract Surgical procedures, However His Invoice Was 20 Instances as A lot