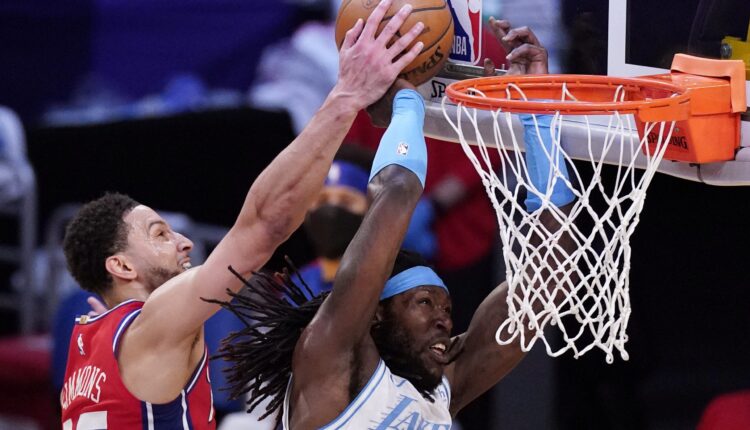 The Los Angeles Lakers basketball players lost on their floor to Philadelphia 109: 101, which registered their 17th defeat of the season.

This was the Lakers’ fourth consecutive failure and they are on the third place in the table in the West.

Without LeBron James for the third game in a row and Anthony Davis since mid-February, the Lakers have failed to face the Sixers, with Danny Green shining with 28 points and five rebounds, Seth Curry helping with 19 points and Tobias Harris scoring two less. .

Among the Lakers, who played without LeBron James and Anthony Davis, the best was Kyle Kuzma with 25 points, and he missed one caught ball for a double-double.

Philadelphia is currently the leading team in the Eastern Conference with a score of 32-13, while the Lakers are fourth in the West (28-17).

The La Clippers took the victory away against San Antonio, 98: 85.

Reggie Jackson scored 28, and Paul George 24 points and 13 rebounds in the winning team, while the best at Spurs was DeMar Derozan with 23 points.

The Spurs led until the end of the third quarter, and then the Clippers played better in the last 15 minutes.

They entered the last section with a six-point advantage to eventually reach their 30th victory of the season.

FORECAST FOR TODAY Frost within the morning, hotter in the course of the day, as much as 16 levels