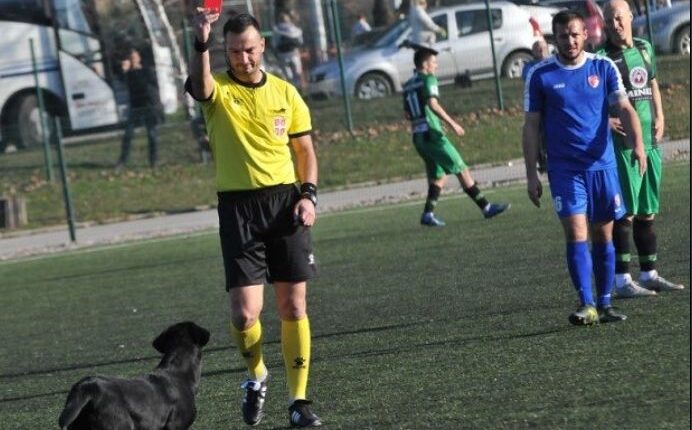 Match deserted in Serbia resulting from canine on the pitch

There’s nothing quite like a dog on the field of play to liven up a boring game, but it’s not often you see the referee reaching a point where he needs to start dealing cards to animals.

There was recently an incident in Serbia where the same dog kept running onto the field, so the referee even took out the red card to ban it from the field.

Obviously it didn’t work because it’s a dog and the match was abandoned as a result:

In a friendly between Kolubara and Radni? Ki Kragujevac an overexcited dog entered the game FOUR times. After the dog’s fourth incursion, the dog was removed from the field by the referee and when he refused to leave the field the match was abandoned. pic.twitter.com/eu9HFto8gX

You will see games being canceled for a variety of weird reasons, but this has to be with the best up there.