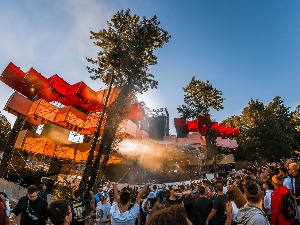 From August 4 to 6, numerous legends of the world electronic scene will arrive in Vrnjačka Banja (Park Jezero). Back in 2015, “Lovefest” was ranked among the 10 best festivals in Europe, and this epithet does not lose its strength even in 2022 after all the challenges around the world.

It will be held already now at a recognizable location – Vrnjačka Banja, under the slogan “Refresh”, which symbolizes a new beginning, after everything that hit the entire planet.

Who will perform on the four festival stages of “Lovefest 2022”?

After almost a decade of musical career, there is no praise and recognition that Joseph Capriati has not collected, and he deservedly holds the title of one of the most sought-after electronic artists today.

Marco Karola is one of the most respected techno masters, key to the development and popularization of electronic sound around the world, and after the performance in 2019, he returns to the Fire stage in a spectacular manner.

This year is special in that the “Lovefest” festival will celebrate 15 years of creating the highest quality entertainment, as well as numerous accompanying programs and projects, thus marking a great jubilee.