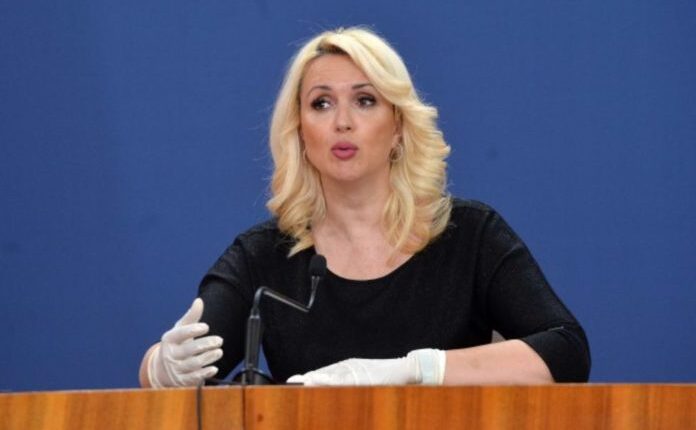 The Minister of Labor, Employment, Veterans’ Affairs and Social Affairs, Darija Kisić Tepavčević, stated last night that most citizens who received two doses of the vaccine still have a strong enough immunity, but that now is the opportunity to strengthen it.

Speaking on RTS, she said that in the population aged 12 to 17, only one percent was vaccinated, and from 18 to 30, slightly less than 10 percent.

– The manufacturers estimate that the immunity after the third dose of the vaccine would be strong enough for years. Here we are all on one side and the virus on the other. The only weapon we have is vaccination – said Kisić-Tepavčević and added that the virus cannot be defeated if the forces do not join forces.

Crisis Staff member and virologist Tanja Jovanovic said that clinical studies have shown that vaccines are very effective against new variants of the virus, but that a much larger amount of antibodies is needed to neutralize the virus.

– This year, our National Committee for Immunization had a big task. Vaccine analyzes, priority lists, and now an analysis of the effectiveness of the third dose of the vaccine were made first. Four new variants have emerged, which are worrying. Since the virus has changed, we need to strengthen the immune response, at least twice compared to what we gained with two doses – said Dr. Jovanovic and added that clinical studies have shown that vaccines are very effective against new variants of the corona, but that a much larger amount of antibody is needed to neutralize the virus.

She emphasized that people can receive the third dose of the vaccine with which they were previously immunized, but that there is no harmful effect if they receive another one.