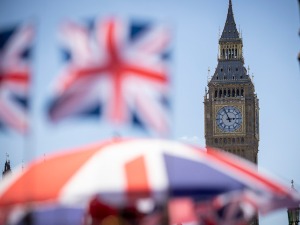 Johnson’s successor can be introduced on September 5

The results on the new leader will be announced on Monday, September 5, when the House of Commons begins sitting after the summer break, Graham Brady said, British media reported.

The candidates will be officially named on Tuesday, and the first round of voting will be held on Wednesday.

The second round could be held on July 14.

By July 14, only two candidates must remain, their fate will not be defined by the House of Commons, but by members of the Conservative Party.

So far, 11 Conservatives have announced they will run and most of them have outlined plans to cut taxes, the BBC reported.

Penny Mordant, the trade minister, has announced she will run and has promised a new approach to leadership.

And Foreign Secretary Liz Truss has announced her candidacy, promising tax cuts from day one if elected.

Candidates must first collect enough votes to stand – at least eight Conservative MPs. The next phase is a wider postal vote of the Conservative Party membership, which is around 100,000 people.

MPs then choose two candidates, one of whom wins in the second phase of voting and becomes the new leader of the party and prime minister.

Russia in favour of full normalization of Armenia-Azerbaijan ties: Lavrov