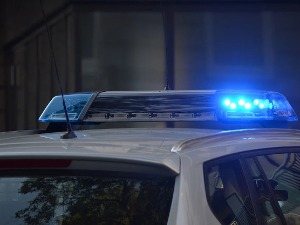 Iowa, three members of the family killed whereas tenting

The bodies of the three people who were killed were found by police in a tent at a campground inside Makokueta Park, said Mitch Mortvedt, assistant director of the Iowa Division of Criminal Investigation.

According to his words, the three victims are related – Mortvedt did not give their names or ages, explained how they were related, or stated the motive for the murders.

Officials immediately evacuated everyone from the park and children’s summer camp.

When the evacuation was complete, the only registered camper who was unaccounted for was 23-year-old Anthony Sherwin, Mortvedt said.

“He was known to be armed,” Mortvedt said.

Iowa allows people to carry firearms virtually anywhere in the state with a permit.

Officials did not say whether Sherwin had a gun permit.

Using an airplane to help search the area, police later found Sherwin dead from a self-inflicted gunshot wound in a wooded area of ​​the park.

Sherwin came from Nebraska, and investigators do not believe he had any connection to the victims, Mortvedt said.