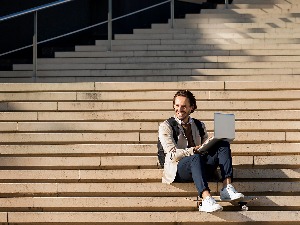 This research confirmed the results of RATEL’s report for the second quarter of 2022, which, among other things, showed that in the first two quarters of 2022 and the entire year of 2021, most mobile phone users in Serbia switched to the A1 network.

“The quality of the services, in combination with the content offer, led to the fact that in two independent measurements – Opensignal’s report and before that RATEL’s, we achieved excellent results, which are true indicators of the positive experience and satisfaction of our users,” says Nenad Zeljković , chief technical director of A1 Serbia and A1 Slovenia.

Zeljković points out that thanks to one of the company’s biggest investment cycles and the support of A1 Telekom Austria Group, A1 Serbia built more than 130 new base stations during the previous year. Thanks to this, the radio capacities have been expanded by as much as 60 percent, and a total of around 850 base stations are connected by optics.

“This resulted in the A1 network fully meeting the highest technological standards and the growing needs of users,” emphasizes Nenad Zeljković.

Opensignal is an independent global standard for understanding the true state of the world’s mobile networks, and is based on measurements of real user experiences.

By applying scientific analysis, billions of measurements were made on devices, thanks to which a real insight into the user experience on mobile networks is obtained. By conducting independent measurements on all major operator networks around the planet, Opensignal reports are globally established in all areas of the industry.

The current research in Serbia was carried out from October 1 to December 29, 2021. The total number of user devices they analyzed was 15,059, and during a period of 90 days they performed a total of 45,877,878 measurements.

“We collect the results of a wide range of measurements (not just speed) through automatic tests, but also through user-initiated tests. We measure the real user experience – no simulations, no predictions, we measure the experience of using mobile devices in the real world, as it really is,” says Opensignal, whose work methodology can be found on the company’s website.