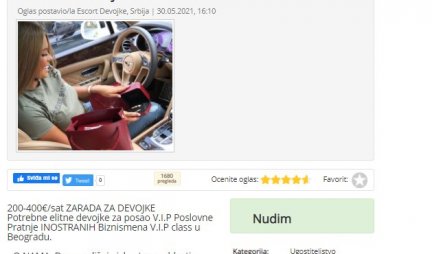 “I WAS POORLY SPENT, MAYBE NATURALLY, MAYBE THROUGH A BOTTLE” An advert from a man from Smederevo shocked Serbia

On one well-known website for advertising on the Internet, there was nothing less than an offer to inseminate girls whose partners do not want children or those who cannot have children naturally with their husbands and boyfriends.

The guy from Smederevo (32), signed as Grosfir Fridzer, does not ask for any financial compensation for this “service”, he offers women several ways of fertilization, and he also praised himself properly, noting that “he is not very worn out” because he does not have a girlfriend. which is probably some kind of guarantee that this venture will succeed.

“I fertilize girls who want to marry someone, and he doesn’t want children and marriage yet. I would also try to help ladies who are struggling with conception, who knows, maybe fertilization will succeed, it’s worth a try. As for myself fertilization, it can be natural, and it can be done with a bottle, it’s not a problem, otherwise I’m young, I’m strong, I’m completely healthy, I don’t have a girlfriend and I’m poorly spent, I’m 180 centimeters tall, weighs 85 kilograms, I have brown hair and 32 years. I live in Smederevo. Only for serious girls and ladies. Greetings “, it is stated in the text of the ad, which is accompanied by a photo of hairy male breasts with a phone number and an indication that this service is free and a gift.

SHOCKING ADVERTISEMENT ON THE SERBIAN EMPLOYMENT SITE! Earnings € 400 PER HOUR, and discretion is guaranteed …

PENSIONER FROM SERBIA ANNOUNCES AN ADVERTISEMENT ON BANDERA All phone numbers are torn, and here is what GRANDFATHER WAS LOOKING FOR 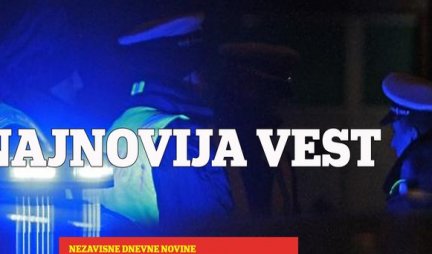 Considering that this ad attracted a lot of attention, yesterday the journalists of our paper tried in every way to reach this guy in order to find out how exactly this came to his mind and whether some girls had already called him. However, his phone number, which he left as a contact with the ad, was not available.