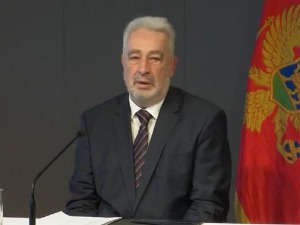 I used to be additionally threatened, Abazović is bodily endangered

Zdravko Krivokapic told reporters in the parliament, after the prime minister’s hour, that he did not attach importance to the threats he received, emphasizing that he understood Abazovic, RTCG reports.

“I absolutely understand him as a man, I know he is physically endangered. I also received such messages and I did not attach importance to them, but it is probably the Security Service, it assigned me a certain number of security members. The same thing is with Abazovic,” Krivokapic said. .

He says that the level of security has been increased, ie the number of people guarding Vice President Dritan Abazović.

“This is accurate information, it is not spinning, I am sorry that we did not all show greater solidarity,” Krivokapić pointed out.