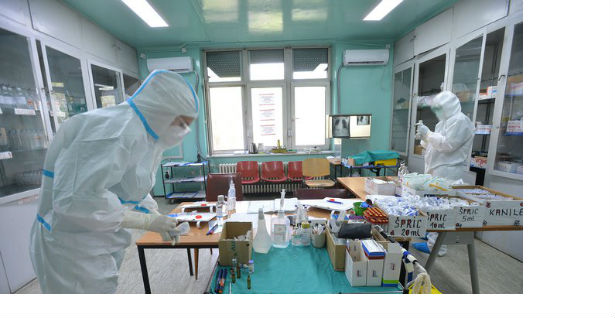 HOW DANGEROUS IS THE ‘DELTA PLUS’ STRAIN? The physician explains what awaits us, and right here is whether or not the FIRST CASE has been recorded in Serbia!

HOW DANGEROUS IS THE ‘DELTA PLUS’ STRAIN? The doctor explains what awaits us, and here is whether the FIRST CASE has been recorded in Serbia!

There are currently no data that we have registered patients positive for this strain.

A new mutation in the corona virus, the “delta plus” strain, which is registered in at least 44 countries around the world, is slowly approaching Serbia. Namely, it is a variant of the virus that was first seen in Europe in March this year, but the public found out about it only this summer, and virologist prof. Dr. Nada Kuljić Kapulica reveals what this strain is really like, as well as whether there are any registered cases in Serbia, writes “Blic”.

– Delta plus strain is a mutation of the current delta strain, which is the most common in the world. It was diagnosed on the basis of molecular tests where it was seen to differ in that it contains genetic changes in the S protein in relation to the delta strain that dominates the world – says Dr. Kuljić – Kapulica.

She adds that when a new virus appears, it is necessary to further examine whether it is, as she states, “significant” or not.

– We have four variants of the virus, the most important of which are alpha, beta. gamma and delta. When a new strain is discovered, it is necessary to further examine its consequences, that is, whether it is “significant” or not, and whether there are changes that occur in nature – says Kuljić – Kapulica.

Dr. Kuljic – Kapulica adds that when we say “significant” virus, it refers to how fast the virus spreads compared to others, whether the strain gives a more severe or mild disease, whether the vaccine acts on that strain, as and whether antiviral drugs manage to fight off the new strain.

When asked if there are any registered patients in Serbia who are positive for this strain, Kuljić – Kapulica gives a negative answer.

– There are really a lot of countries that report cases positive for this strain, such as Great Britain, Russia and China. As far as I know, at the moment there is no data that we have registered patients positive for this strain, but at the same time a very small number of laboratories do tests for new strains – she says and points out that it is still being examined how valid the tests are and whether they can generally “catch” new strains.

Based on what foreign experts publish, Delta Plus is considered extremely contagious. One of the potential risks that has caused concern in the medical community is that the new variant could bypass the immunity acquired by the vaccine or previous infection.

However, at the moment, there is no data on whether and to what extent this variant is more portable than others, writes “India Times”, so this strain is a cause for concern, but not for panic.

One other staging submit on Stephen Kenny’s street to redemption