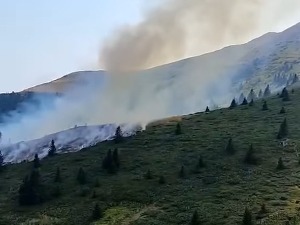 According to the data that RTS received from the authorities from the National Park, the fire covered two to three hectares of land towards Bećirovac, ie “Heavenly Chairs”.

For now, the cause is not known, and it is assumed that it is the negligence of tourists or blueberry pickers who are on this move.

The fire service from Kopaonik, members of the Kopaonik National Park, the Ski Resorts of Serbia, and the Mountain Rescue Service were engaged in extinguishing the fire so that the fire would not approach the forest part of the mountain.

According to the latest information, the fire was localized.

The fire services organized duty during the day, night and the next day, in order to monitor the situation until the complete rehabilitation of the terrain.

Readers and Tweeters Ponder Vaccines and Factors of Equity