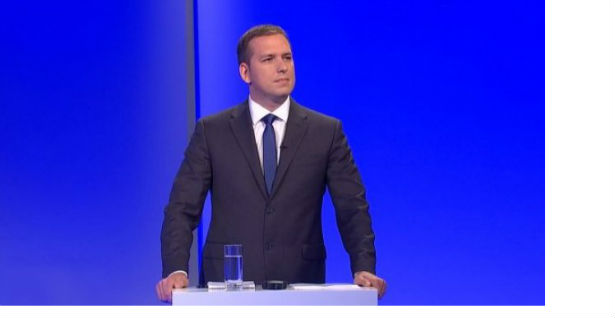 Dejan Kesar openly about Djilas: GATHERED AROUND THE FORMER TYCOON REGIME DOES NOT HAVE A DIGN OF DIGNITY

The satellite of the Multikom party, the stump of the former yellow company, showed today that everyone gathered around the former tycoon regime does not have a shred of dignity, said Dejan Kesar, a member of the Main Board of the Serbian Progressive Party and an MP.

– Their performance for the tycoon media, which is printed somewhere in Croatia, has the sole goal of justifying the fictitious loans of the most famous yellow tycoon, Dragan Djilas. Apart from conducting the most brutal campaign against Aleksandar Vučić and his family every day through their media, today the health system and doctors who are fighting for the lives of all citizens of this country are being hit by the worst. During their thieving policy, our health care system was in the last place in Europe, and today it can provide medical protection to every citizen of the Republic of Serbia in the best way. Aleksandar Vučić’s serious and responsible policy has provided four types of vaccines, like few other countries in Europe. It is this policy that has provided three new covid hospitals for our citizens, which were built in record time and are working even harder every day to make our health care system more modern, stronger and better. At the time of the harmful government led by the joint party of tycoons and secessionists, Serbia owned barely half of the Clinical Center, and today we can be proud of the new one in Nis and work on the modernization of other Clinical Centers in Serbia – he says.

Kesar points out that it is a shame that we are being attacked by those who promised us that we would get vaccines because of their reputation in Europe, and then, who knows how many times, they lied to us without hesitation.

– And not that they did not provide any vaccine, but they ran faster – they better run to receive the vaccine provided by Aleksandar Vučić. We are talking about people who, during the state of emergency, destroyed the salute for doctors who have been on the front line of defense against coronavirus for almost two years, used the virus for their political promotion and as a platform to shamefully attack Aleksandar Vučić and all those who fight for health of Serbian citizens. What the people think about the failed policy of the Democratic Party and their “free” groups of lazy figures who think they are some kind of “assembly” is also shown by research that shows that today they are at the level of statistical error. The people have not forgotten the relentless plundering of Serbia, the closure of factories and jobs and the daily humiliation of the state. We have not forgotten that they used their party as a private company whose only program was how to steal as much as possible and use that money to buy apartments, shops and the most expensive cars. Today, Serbia, led by Aleksandar Vučić, is a modern, strong, financially stable country. A country that can boast of higher salaries and pensions, a better standard of living. That is why we all have to go to the upcoming elections together and show the representatives of the former tycoon regime where they belong. At the political landfill, in the eternal shame and contempt they deserved for their weeks – he concluded.