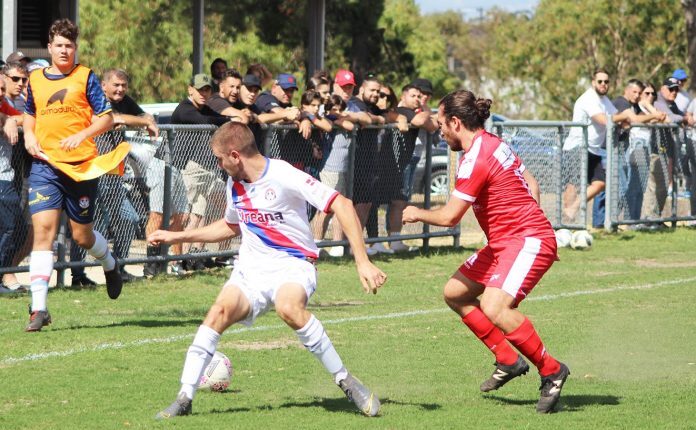 Friends with out mercy – Information on-line

Detail from the match

On Saturday afternoon, at home in Ardier, Sindjelic’s football players hosted the Esendon Royals team and played a training match as part of the preparations for the new season.

There was no announced foreplay of the reserve teams, because the guests brought only the strongest

and the lineup and did not have enough players for two games. On the other hand, Nebojsa Kovacevic and Jimmy Gacovski decided to give the opportunity not only to standard first team players, but also to those who could compete for the first team in the future.

Sindjelic was also considered an outsider due to the fact that Essendon plays in the higher rank of the competition, the First State League of Victoria, where he is considered one of the favorites for promotion to the Premier League rank. In the end, Sindja passed in accordance with the balance of power…

While the strongest team of our team played, the guests led 3: 1 in the first half and in that period the team held up well. And, when the potential first team players got a chance in the second half, more goals were scored so that the final result would be Westgate Sindjelic – Esendon Royals 1: 9 (1: 3).

A convincing defeat will surely be a good school for the team and the professional staff of Sindjelic, who are yet to play and look for a winning combination for the season that starts in the second half of March.

Last weekend, in the first test, they defeated the Sevastopol Vikings in the game for the Memorial of Simo Mitrović with 4: 0, now they lost to Esendon, and in the coming weeks they will have to check their form and start ready in the competition of the Second State League of Victoria. .

The match was attended by a large number of football fans who gathered again at Oreana Park in Ardier after a long break due to the corona virus pandemic. It was obvious that everyone wanted football and hanging out with friends, which they missed so much in the years behind us. Never before has such a long period happened in Melbourne without football and socializing, which our people are used to almost every day.

This Saturday afternoon marked a new beginning and everyone hopes that there will not be such long interruptions in the future.

Sindjelic’s football players will have the next check in the preparation period on Saturday, February 13, when they will welcome the Borundar Eagles team. The match is played at home in Ardier, from 15.30 there is a duel of reserve teams, and from 18.00 the strongest team of the two rivals will meet.