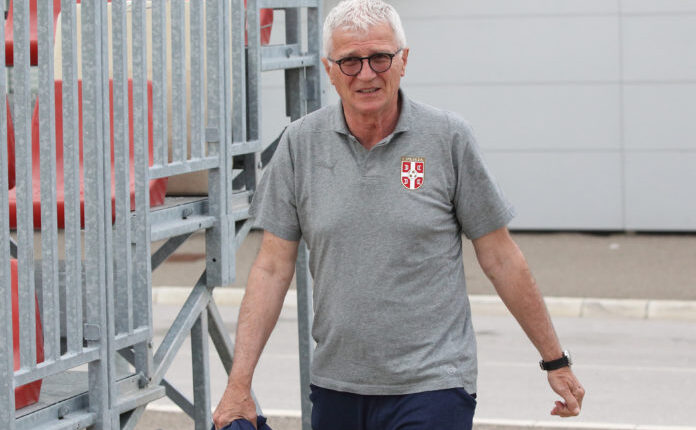 Filipović: Braga is a superb staff, however I imagine in Zvezda

The Red Star football players will meet Braga this Thursday at 6:45 PM at the Rajko Mitic Stadium in the match of the 1st round of the Europa League.

Before the first European duel, the former goal scorer of the Red Star, Zoran Filipović, who lives in Portugal, expressed his position on this match.

– Braga is a great team, I think that people from Serbia are not aware of that at all and that they are looked down upon a bit. It is perceived as if Zvezda will manage to solve the match in its favor without any problems, but it is not like that – Filipović pointed out and added:

– They have great individuals, they are also “tight” as a team, a good season is behind them, and they started this one quite correctly. The Portuguese league is of high quality, the impression is that it is getting better every year and that the ladder is rising. There will be danger from all sides, so there is no need for individuals to stand out – Filipović told Tanjug.

He emphasized that Braga also has a good coach Carlos Carvajal, who has been here for a year and has put a stamp on the game.

– Of course, I believe in Dejan Stanković and his chickens, as well as the fact that scouting will be done at a top level, but looking realistically – it will not be easy. With all my heart with Zvezda, and I hope that we will rejoice together on Thursday.

Filipović also pointed out that Zvezda’s group is uniform, but that Braga is the most serious team and that the schedule, according to which the red and whites will first welcome the Portuguese team, and then have two away games, is not the best.

– A lot will depend on Zvezda’s approach, but I’m not at all sure that Hoffenheim from last year is a weaker rival than Braga, I would say that they are somewhere in terms of quality. However, I must point out that I think that Crvena zvezda plays great football, that Dejan Stanković does a great job, and I place the greatest hopes in Aleksandar Kataj, when it comes to individuals – said Filipović.