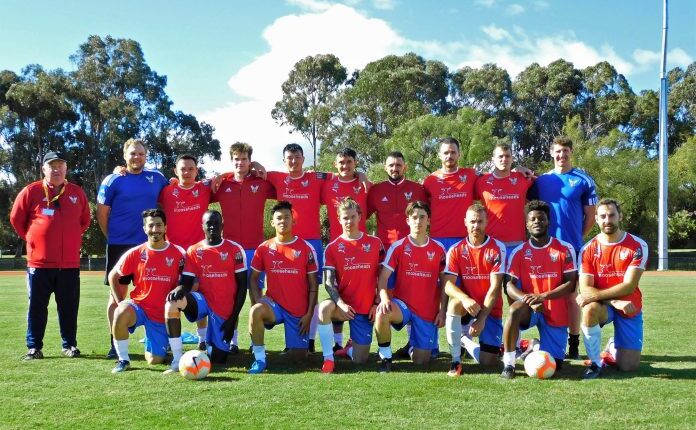 The White Eagles of Canberra at the beginning of the 2021 season.

Football competitions also started in the Australian Capital Territory (ACT) last weekend. In the first round of the Second Premier League, the Eagles from Canberra played a draw with the team of the Australian National University (ANU) – 1: 1 (1: 1).

The first team players of the Serbian club provided a better game than the guests, but they did not manage to score three points at the start of the season. At first, carelessness at the beginning of the match cost them the result deficit, but they very quickly managed to connect their ranks and come to an equalization.

Perseverance paid off in the 29th minute, when the Eagles’ action was crowned by Jonathan Reese with a strong and precise shot that was indefensible for the goalkeeper of the visiting team.

The sequel brought the dominance of the White Eagles and hundreds of attempts to take the lead, but the ball no longer wanted to enter the net of “academics”. In the end, it remains 1: 1, and the Serbian club will have the opportunity to make amends this Saturday at 4:45 PM against Brindabela in Colvel.

In the duel of young teams under 23, the ANU team recorded a convincing victory over the Eagles – 7: 1.

TAKE ACCOUNT AND WIN! From as we speak, residents can ship envelopes for the prize sport, and right here is the date from which the invoices are legitimate